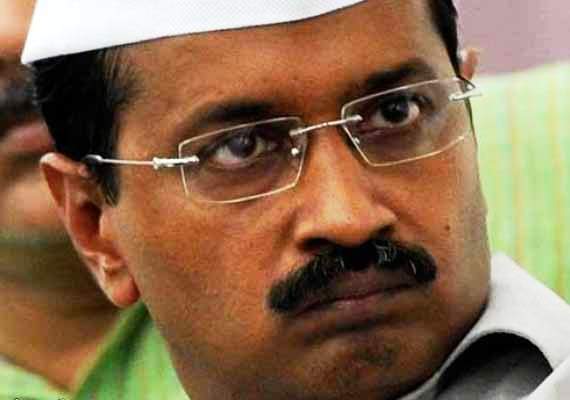 AAP supremo Arvind Kejriwal hasn’t had the best electoral fortunes in recent times after his party came a disappointing 2nd in Punjab assembly elections and lost deposits in 38 out of 39 seats in Goa. The party too has not been fairing well on the home front after it lost both the MCD elections and the Rajouri Garden by-poll in Delhi.

Rather than introspecting about the possible flaws of the party or pondering upon the reasons for voter disillusionment, Kejriwal and co decided to embark upon a campaign to blame the EVMs and the Election Commission for their woes.

In the process of doing so, Kejriwal has spread a blatant lie about EVM tampering, made a false claim that 25% of AAP’s votes during the Punjab polls were shifted to other parties due to faulty EVMs and has even hacked a fake machine by labeling it as an EVM.

Kejriwal didn’t stop at that and in April had alleged that two out of three election commissioners were close to the Modi government. The basis of his allegation was that one of them was a Chief secretary of Gujarat under PM Modi and the other had come from Madhya Pradesh and as Kejriwal alleged was close to Shivraj Singh Chouhan. Kejriwal in the same month had also alleged that it appeared as if the only aim of the Election Commission was to bring the BJP to power.

Now the Election Commission seems to have had enough of all the allegations and has reportedly written to the law ministry to ask for powers which would allow it to act against those who question the organization’s credibility via baseless allegations. In the letter the Election Commission has reportedly asked for a modification in the 1971 Contempt of Courts Act in order to bestow it with the required powers.

Under the current act the party if found guilty can be imprisoned for a duration of 6 months. This letter to the law ministry was reportedly written a month ago and is currently being considered by the authorities.

If this demand is indeed fulfilled, politicians like Kejriwal might have to think twice before making unsubstantiated claims against the Election Commission and would have to back their statements with solid proof.