With this background, let’s try to understand the undercurrents of electoral politics in India, and then we could take a look at the challenges for 2019.

2004 marked the end of NDA rule and beginning of UPA. Even after putting India onto growth track, even after repaying most of the foreign debts the country had, even after winning strategic wars against Pakistan, NDA lost people’s mandate. What UPA had to offer, at that juncture to get into power? Did it have a promising leader? No. Did it offer solutions to the problems? No. Then, how did it win?

I have a simple model to propose. Whenever there is a change in the system that comes out of itself, it’s due to ‘Hope that the change will be good’. To relate it to the electoral system, if a group of people or a country supports a change in regime, its driven by the ‘Hope’ that next one is going to be better. If a system continues as is, it’s due to ‘Support it gets from within’.

In other words, if a country votes to stay under the same regime, it only means Trust over the current one is outweighing the Hope generated by the change.

Having said that, in 2004, was the Trust on BJP government lower than the Hope created by UPA? Not in entirety. Another factor that plays a key role in dynamics of Trust and Hope is ‘Inactiveness’ (inactivity). In a democracy, number is power. More the number, more power it has. Any political party which is active in politics has to strategize in such a way to turn ‘Hope’ or ‘Trust’ factor to be advantageous towards it. The third factor is an enabling factor, which can make wonders.

Reasons? ‘Hope’ and ‘Trust’ are actually passive factors, which certainly show the ‘mood’ of the country. But ‘Activeness (~Inactiveness)’ would make the factor count on the day of election by making the support base go out and vote. Out of these three factors, ‘Hope’ factor can influence ‘Inactiveness’ if the magnitude of ‘Hope’ is very high.

We saw this in 2014, ‘Hope’ factor was the ‘Modi Wave’, which influenced people to go to voting booths and cast their vote. The existence of ‘Hope’ was clear from early days of 2013, even before BJP officially announced Modi to be the PM candidate. Strategically, to counter this ‘Hope’ factor by dividing it, other ‘Hopes’ were tried by the opposing forces. Remember AAP fighting in most of the constituencies? Nitish Kumar was being compared with Modi?

What roles did these factors play in 2009? 2009 marked end of UPA-1 and incumbent government getting ‘Support’ from electoral and returning to power as UPA-2. What BJP had to offer? Almost nothing BJP did that raised ‘Hope’ factor. All UPA-1 had to do is just manage ‘Trusted’ voters and keep them happy and they could easily return to power. The statistics of the election clearly show this.

Let’s take a look at 2004, which is very important in the current situation. In 2004, India was in a better condition than it was in 1999. Major infrastructure projects were announced and were being constructed. Major projects like Chandrayan, Delhi Metro were conceived in that era. Ideally, the ‘good governance’ should have risen ‘Trust’ factor, shouldn’t have it? From opposition side, was there any significant ‘Hope’? No. Then what was the reason for NDA losing 2004?

Now sooner than we think, we will be in a similar situation. 2019 is closer and its proximity is getting clearer from the noise we hear in the media. Again, back to the game of these factors, how parties or government influence these factors? Using means of advertising, using media (Mass media and Social), grass root workers (block management, booth management etc). Parties in power would like to enhance the ‘Trust’ base and Opposition would work on raising ‘Hope’ base. It doesn’t end there; the third factor will have to be managed, in order to make the base turn into votes.

If they can’t raise ‘Hope’ of people, opposition will have a higher hand if they manage to make the ‘Trust’ base of ruling party to be inactive. This is where the propaganda machine comes handy.

Well oiled ecosystem nourished from past 70 years, by delegating supporters into key roles and plum posts, Congress had made sure that it has some basic skeleton of the machine running all the time, no matter who is in power. These supporters are also sleeper cells, which can be activated on need basis. The machinery also has an ability to maintain ability itself; which makes sure that, people with similar mindset are replacing the old ones.

I just used a term Congress, as it’s easy to denote this ecosystem with Congress. But, Congress weakening gradually over 20 or so years, still is able to run the ecosystem, helped by the fact that it had run governments for two consecutive terms even when the party was not as strong as earlier. It makes me think, there could be bigger enemies (or powers) than Congress who are oiling this machine. Global financing to this machinery cannot be ruled out, but I don’t want to sound like a conspiracy theorist.

Let’s take a look at the current challenges. 2014 marked a phenomenal win for the ‘Hope’. Now in 2019, NDA (BJP) would be seeking mandate in support for its governance from 2014 till election. Many states have either NDA or BJP rule; this may turn to be a liability for BJP than being advantageous. People’s dislike towards the state governments in major states ruled by BJP may adversely impact 2019 plans.

Good old judicial system (also caters to ecosystem), which has grown into a parallel but shadow government with no accountability; may wreck havoc by just pronouncing few judgments against ‘Trust’ base of NDA. Back to back judgments like Cracker Ban during Diwali, allowing Muslims to marry girls below 18 years of age, terming human rights of Illegal Rohingya occupants to be as important as national security are few examples to mention.

Propaganda machine is running at its best capacity currently. Narratives being built, such as ‘economy is in bad shape’, ‘GST is making people pay more’ or ‘Amit Shah’s son is corrupt’ and being repeated multiple times and shared across multiple media to make it an established ‘Truth’. (Remember Bangaru Laxman’s and George Fernandes framed before 2004 and propaganda machine was successful in drawing conclusion that Congress or BJP, all of them are equally corrupt).

Remember, these propaganda are not to establish ‘Hope’ base for Congress, it is for pushing ‘Trust’ base of BJP towards inactiveness. You will be hammered with much such propaganda in near future and repeatedly so. It will be endlessly repeated, till you hang your head in shame for supporting ‘Desh ka gunehgar BJP’ and refrain from voting for it. That’s the whole strategy being worked out.

If you are observing the mood on social media, they are also succeeding in this mission to some extent. How can I say so surely? I have seen many staunch supporters of BJP, turning pessimistic slowly. Another hint, Congress is finally getting ready to elevate Rahul Gandhi to be President of the party. If it doesn’t see hope, it will not waste another important move.

I don’t see a case where BJP supporters would go out and vote for Congress. What I fear is; silent majority of BJP supporters may choose to sit at home in 2019 and the cost India will have to pay for that mistake will be really huge. 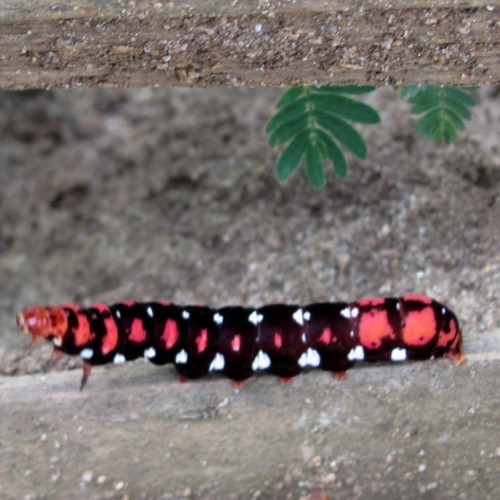