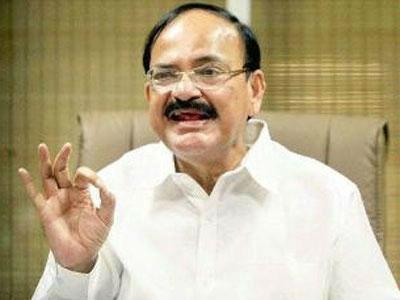 After Prime Minister Narendra Modi’s Ramayana jibe at Renuka Chowdhury, the Chairman of the Rajya Sabha, Venkaiah Naidu, took a jibe at the Congress leader. Renuka Chowdhury is among the Rajya Sabha MPs whose tenure is about to end soon. During Chowdhury’s farewell speech to the Upper House of the Parliament, she said, “He (Naidu) knows me from many kilos before. Sir, many people worry about my weight but in this job, you need to throw your weight around,” to which Naidu responded, “My simple suggestion is, reduce your weight and make efforts to increase the weight of the party”.

Another Congress leader, Rajni Patil, was lamenting the fact that she could not get a full term either in the Lok Sabha or the Rajya Sabha to which Venkaiah Naidu replied, “then you go to Lok Sabha again.” The House broke out into peels of laughter on both occasions.

Earlier, when Renuka Chowdhury had started laughing hysterically in the Upper House of the Parliament, Prime Minister Modi had said, “Ramayan serial ke baad aisi hasi sunne ka ab saubhagya mila hain.” (After the serial Ramayan, first time we got to hear such a laughter.) Venkaiah Naidu had then quipped in as well and told the Congress leader, “If you have some problem, please go to the doctor.”