OpIndia
Home News Reports Within 24 hours after the murder of J&K Police constable, the security forces gun down the terrorists
News Reports

Within 24 hours after the murder of J&K Police constable, the security forces gun down the terrorists 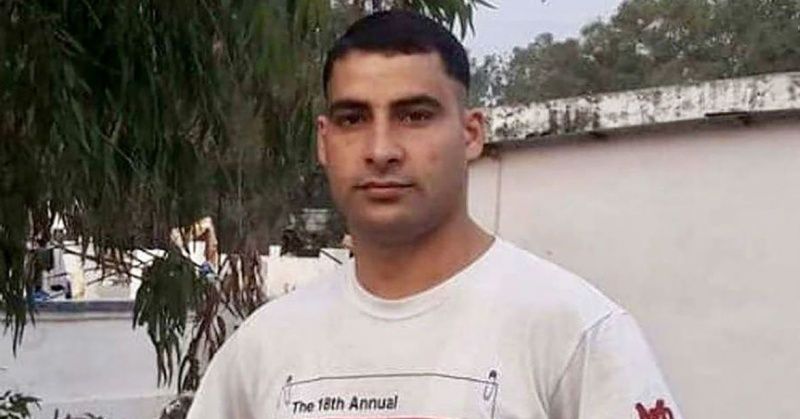 Within 24 hours after the brutal killing of a police constable Salem Ahmed Shah in Kashmir, the security forces have killed the three terrorists in an encounter which took place in Kulgam district today.

These three terrorists were believed to be behind the torture and killing of a Jammu and Kashmir Police constable Salem Ahmed Shah. The terrorist had abducted the policeman from his residence at the Mutalhama village of Kulgam, who was on leave. His bullet-riddled body was recovered by the security forces from Qaimoh Gath area.

The Jammu and Kashmir Police chief S P Vaid, confirmed that three terrorists were gunned down in an operation carried out by J&K Police, Army and CRPF.

3 bodies of terrorists recovered with three weapons so far from encounter site.

The police said that terrorists had tortured the policeman severely and his body had several tortured marks. Salem Ahmad Shah is survived by ageing parents, two brothers and an unmarried sister.

The encounter between the security forces to avenge the death of the policeman began in wee hours of Sunday. After hours of exchange of fire between the two sides, the terrorists were finally trapped inside. “Encounter underway between security forces and terrorists in Wani mohalla locality in Khudwani area of Kulgam district,” the news agency had ANI reported.

The police official said that they had launched a ‘cordon-and-search’ operation in Khudwani area of the Kulgam district in south Kashmir, after receiving the specific input about the presence of terrorists in the area. It is reported that, the policeman retaliated to the heavy firing started by the terrorists. The police have suspected the role of Hizbul Mujahideen in the abduction and killing of the policeman.

Recently, the terrorists had abducted and killed an Indian Army soldier Aurangzeb from south Kashmir. Rifleman Aurangzeb of 44 Rashtriya Rifles, was abducted, tortured and killed while he was on his way to home to celebrate Eid festival with the family.

Similarly, in another tragic incident, Army officer Lieutenant Ummer Fayaz was also killed by the terrorists when he was on leave to attend a wedding.