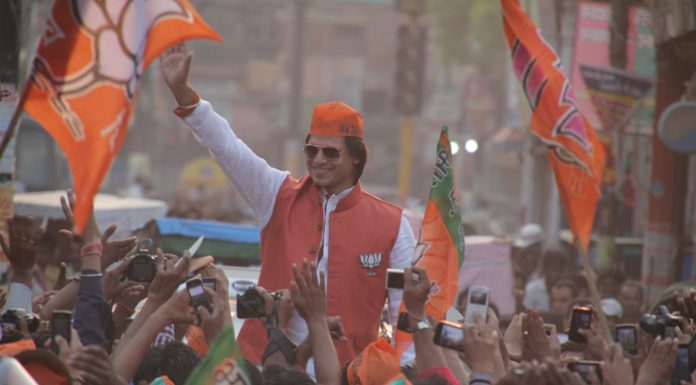 Bharatiya Janata Party has released the list of star campaigners for Gujarat who will be campaigning for the party in the 2019 Lok Sabha elections as well as the bye-elections to the Vidhan Sabha. There are a total of 40 star campaigners named in the list including PM Modi, Amit Shah, Hema Malini, Smriti Irani, Paresh Rawal and Uma Bharti. Out of all the big names in the list, one is that of actor Vivek Oberoi.

Oberoi has recently been on the target of a certain section of media for making a biopic inspired by the life and the struggle of PM Modi. Oberoi himself is playing the role PM Modi in the biopic titled PM Narendra Modi. However, the movie has not gone down well with Congress Party and it has been demanding a ban on the release of the movie in the wake of Lok Sabha elections.

Congress bigwigs like Kapil Sibbal, Abhishek Manu Singhvi and Randeep Surjewala have even knocked at the doors of the Election Commission calling the movie as propaganda and surrogate advertising. The Election Commission, however, found nothing objectionable and gave a go-ahead to the release of the film. A number of Public Interest Litigations (PIL) were filed across the country seeking to ban the movie alleging violations of the model code of conduct.

Vivek Oberoi has campaigned for BJP in the past also, including the 2014 Lok Sabha elections. He had campaigned for Narendra Modi in Varanasi, apart from campaigning for several other leaders of the party.

The actor has been facing a lot of allegations about the movie being a propaganda film which is an attempt to portray PM Modi like a hero. His response to these allegations is that PM Modi is already a hero and he does not need to make him look like one. Oberoi and producers of the movie also have clarified that the movie is not related to BJP.

PM Narendra Modi was scheduled to be released today, but it could not be due to delay in issuance of censor certificate. Although multiple petitions have been filed seeking to stay the release of the movie till the elections are over, courts have refused to issue any such order.