OpIndia
Home Opinions No Prakash Javadekar, 'Jai Shree Ram' is not an 'Indian cheer', it's a manifestation of the Hindu faith. Don't cheapen it
OpinionsPolitics

No Prakash Javadekar, ‘Jai Shree Ram’ is not an ‘Indian cheer’, it’s a manifestation of the Hindu faith. Don’t cheapen it

Faith cannot be cheapened. Chant it and stand by it. Or leave Ram Lalla alone, at least, in the Parliament. 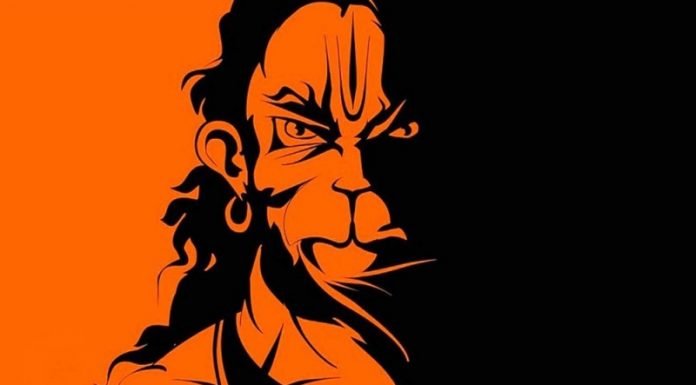 India is going through an unprecedented cultural churn for the past 5 years, predominantly. It is largely believed, that years of Nehruvian Secularism and the onslaught it inspired against the Hindu faith has finally awoken the sleeping giant. The silent majority. The Hindu, who has tolerated years of demonisation and atrocity and is finally saying – no more.

It would not be a stretch to say that the awakening of the average Hindu, which several leaders have spent their lives fighting for, culminated when Prime Minister Modi was elected as the PM with a thumping mandate. That awakening solidified even further when in 2019, he was re-elected with a larger mandate. It was the second consecutive time that Hindus of all backgrounds united and voted for one strong government.

One cannot deny that the unification of Hindus did take place. According to a CSDS poll, 44% Hindus voted for BJP in 2019, this was a 7% increase from 2014. The votes came from all sections of the Hindu society. There was an increase in BJP’s vote-share across all sections of Hindus. The Upper Caste vote-share went up to 52% from 47% in 2014, the vote-share among OBCs increased to 44% from 34%, the same for Dalits went up to 34% from 24%. Even among Adivasis, the BJP’s vote-share increased by a whopping 7%, from 37% to 44%.

To that end, the narrative of BJP being an ‘Upper Hindu caste’ party was shattered. The malicious intent of peddling the mythical unity between Dalits and Muslims were also shattered. Hindus. As one. Voted for one man.

The debate whether the consolidation happened due to dreams of Vikas or that of a cultural renaissance is an ever raging one and is not the subject of this article. Be that as it may, the Hindu unity and explicit expression of pride was palpable. Among the general people and even the generally coy BJP leaders.

When PM Modi and his MPs took oath in the parliament, loud chants of Jai Shree Ram reverberated in the Parliament. Even when AIMIM President Akbaruddin Owaisi stood up to take the oath, BJP MPs jubilantly chanted Jai Shree Ram. Several people believed that this was breaching the sanctity of the Parliament, others, believed that it was a manifestation of good winning over evil. That argument could go either way depending on which side of the political spectrum one is on.

The question regarding the sloganeering was recently asked to Prakash Javadekar, Union Minister in the Modi government.

His garbled response left a lot to be desired. He started with some speech about “Sabka Saath, Sabka Vikas” and then went on to invoke 1857 when all communities fought against the British. Navika Kumar of Times Now pressed on about how nobody is doubting PM Modi’s intention to offer development to Muslims as well but was the chant of Jai Shree Ram to belittle Muslims like Owaisi. She asked whether the Parliament should be turned into a place for polarisation. Javadekar said that there was no polarisation and that Lord Ram is a unifier for this country. Pat came the response from Navika who said “Allah is also a unifier”, to which, Javadekar willingly nodded his head and repeated the line in an affirmation.

After some unrelated sentences, Javadekar said that Jai Shree Ram is chanted every day in the Parliament and there is Ramachandran and Sita Ram Yechury in other parties as well. He then dug the hole a little deeper when asked that the Constitution prohibits ‘divisive’ slogans. He said world over in parliaments, there are ‘cheers’. Navika asks, ‘So is Jai Shree Ram an Indian cheer’ and Javadekar nods yes.

Unless the remainder of the interview which is yet to be released gives a different picture of Javadekar’s answer, he came off as a defensive, confused man who couldn’t stand by his or his party’s faith.

Throughout the election season and beyond, from Prime Minister Modi to the last Karyakarta on ground chanted ‘Jai Jai Shree Ram’. I have no doubt in my mind that these chants came from a place of true faith. The strong message that it passed on to Hindus was that we will no longer have to live like orphaned children in a country of Nehruvian Secularism. That we will stand toe to toe and will be treated as equals. Not demonised. That messaging worked and BJP got a thumping mandate.

In the parliament, it was a manifestation of that same faith. Whether the chant was that of Jai Shree Ram, Joy Maa Kaali, Joy Maa Durga. In fact, even the chant of Allah Hu Akbar from Owaisi was a manifestation of his faith. In essence, these elections, finally, thankfully, shattered the damns of Nehruvian Secularism and rightfully so. The fact is that today, the country and its politics is polarised. One the one hand, we have parties like Congress who allies with radical Islamists and its President moves to Wayanad because the Muslim majority population there is more likely to vote for him, on the other, we have people like Owaisi who are openly fighting for the rights and interests of Muslims and Muslims alone. Beyond all of this, we have one party at this time, that talks about Hindu rights, to some extent, and that would be the BJP. Yes, politics is polarised.

Whether one thinks that is a good or bad thing is a separate debate. But the most real result here is that the days of secularism are gone and the Parliament reflected that sentiment. The Parliament, which is meant to be a true manifestation of what the Indian society represents.

While BJP had the courage to chant Jai Shree Ram in the parliament, it lost its grit when it came to standing by that decision. Javadekar’s response was apologetic and defensive where he even branded the chant of ‘Jai Shree Ram’ as an ‘Indian cheer’.

There are people right now who are being killed for chanting that slogan. Are they being slaughtered because it is merely an ‘Indian Cheer’? Perhaps not. In Bengal, the chant has become the manifestation of political change spearheaded by Hindus, rooted in faith. Why then would Javadekar alienate a chant, so deeply rooted in religiosity, from Hinduism?

Has he forgotten the lives lost in fighting for Ram Lalla’s home? The temple at his janmasthaan?

Would it be utterly inconceivable that Hindus chant Jai Shree Ram when Mamata Banerjee passes by because they are sick of her minority appeasement or they chant Jai Shree Ram when Owaisi was taking oath because his brother had once said that if the police presence is removed for 15 minutes, Muslims would ‘take care’ of Hindus? If that really was the reason, should BJP get cold feet when the time to defend its decision is nigh?

Hindus united and rallied behind BJP, I believe because, in part, they were sick and tired of being apologetic about their glorious faith. Javadekar’s response only dampens the people’s faith in the ability of the party to stand by it.

The chant of ‘Jai Shree Ram’ is a unifier. There, Jadvekar was right. But is a unifier for Hindus and there is just no point being coy when                  it comes to verbalising the truth.

When the chants reverberated in the parliament, I would imagine that the MPs were simply extending that emotion to the temple of democracy. That they chanted it when Owaisi took his oath could be shameful in the eyes of a secularist, but one must also remember that when an SP MP while taking his oath in the very same parliament said that he wouldn’t say ‘Vande Mataram’ because it goes against Islam, the same secularists were silent.

The people, in general, can agree or disagree with BJP MPs chanting Jai Shree Ram and Joy Maa Kaali in the Parliament. But if the party that has chanted this slogan through the months and years as a symbol of faith and Hindu renaissance, cannot stand by their decision to chant it in the Parliament, they should not have raised the slogans during the oath-taking in the first place.

BJP absolutely cannot use a religious slogan that is rooted in the Hindu faith and secularise it simply because it is too politically incorrect to stand by their decision to chant the slogans in the parliament. Faith cannot be cheapened. Chant it and stand by it. Or leave Ram Lalla alone, at least, in the Parliament.