In a tweet put out by Swati, she alleged that the former BJP president Amit Shah was merrily sleeping in the parliamentary session. 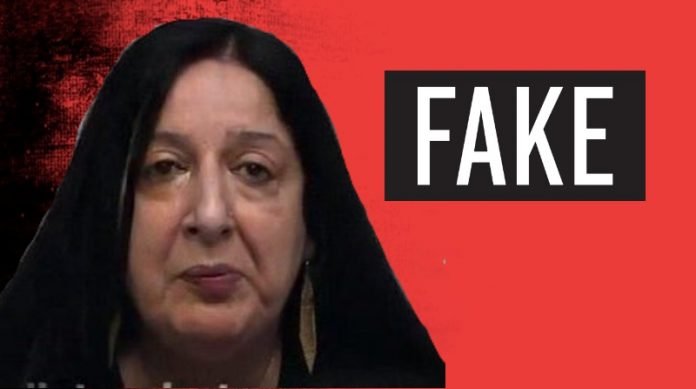 An abusive troll masquerading as a journalist, Swati Chaturvedi has yet again resorted to sharing fake news concerning India’s Home Minister Amit Shah. In a tweet put out by Swati, she alleged that the former BJP president Amit Shah was merrily sleeping in the parliamentary session. 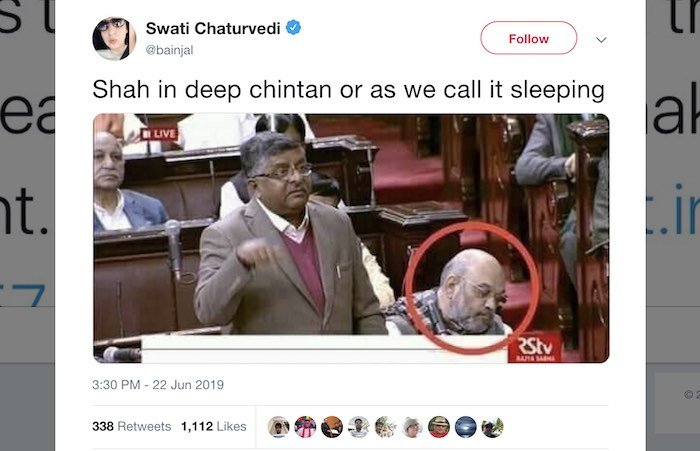 However, as is normally the case with Swati Chaturvedi and her kind of abusive trolls, she had jumped to the conclusion of Amit Shah sleeping in the parliament without watching the relevant proceedings of the Lok Sabha. The entire video of the proceedings reveals that Amit Shah was keenly listening to the statements made by BJP minister Ravi Shankar Prasad. In one of the instances during the video, while RS Prasad is busily enunciating his points, Amit Shah starts reading some papers on his desk. The image is spuriously captured at that very moment to give an impression that Amit Shah is sleeping in the parliamentary session. The entire video of the proceedings can be viewed here.

The video clearly establishes that far from napping in the parliament, Amit Shah was attentively and studiously listening to RS Prasad’s speech. In fact, the video is not of the current Lok Sabha session but of the winter session in early January 2019. Swati had clearly not felt the need to verify the claims made by her before posting it on her Twitter page. After she posted the image inferring that Amit Shah is sleeping in the parliament, several Twitter denizens pointed out the falsity in her claim, consequently forcing her to withdraw her tweet.

Swati has a chequered history of sharing fake news and fanning falsehoods on Social Media. She had recently sent a defamation notice to OpIndia accusing us of having cost her readership because of our articles where we exposed her shoddy journalism on multiple occasions. In the past, Swati had falsely claimed an image of a girl beaten up by a jilted man as being an image capturing violence in Benaras Hindu University. She had also fabricated statements of a national leader on national television.

In another instance, she had spread lies about a simple speech by Amit Shah, the former BJP Party President. She gave credence to fake news, from a dubious website. She had earlier spread false claims that Kanhaiyya Kumar attacker was a BJP office-bearer.