The notice further mentions that the excessive amount of semen in the drain costs thousands of rupees in maintenance and must be reflected in the hostel prices increase for next year. 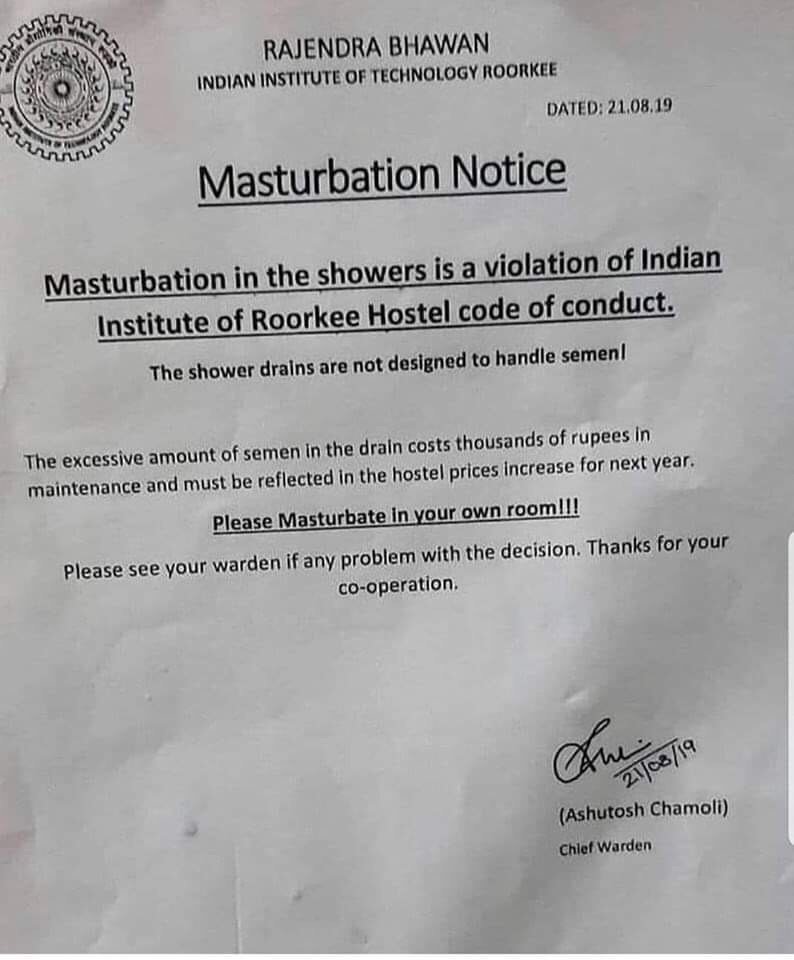 When contacted, the Rajendra Bhawan Hostel warden office said that the notice is a hoax and there is no such circular issued by the hostel warden.

It is pertinent to note that such hoax have been doing the rounds on Internet since time immemorial. In 2014, a similar notice was issued in a college in Miami. Similarly, in 2016, a similar fake anti-Masturbation notice with Manipal University logo had gone viral on Internet. It has become a common practice to lift the content of the previous such hoax notices and deck it up with one’s college/hostel logos to add credibility to the fake notice.