NDTV spreads fake news again, this time during a ‘fact check’ on the government’s claims on NRC and NPR 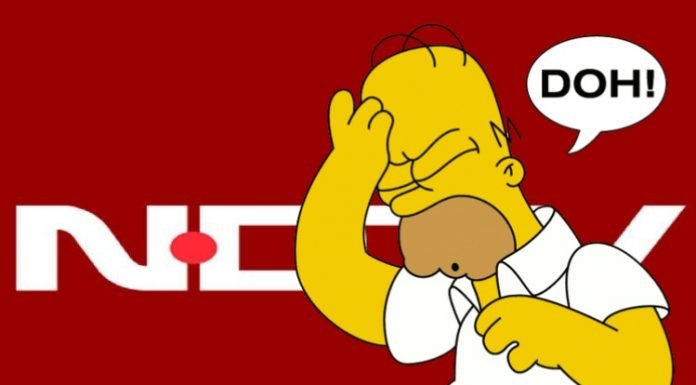 
At 13.00 minutes in the video, NDTV addresses Prakash Javadekar’s statement that the NPR was conducted for the first time in 2010 under the UPA government. As a ‘fact-check’ on the Union Minister’s valid assertion, NDTV claimed that the UPA had denied that NPR would be used for the NRC. The NDTV ‘fact-checkers’ used a statement made by senior Congress leader Ajay Maken and treated it as a Shloka from the Holy Vedas themselves without bothering to ‘fact-check’ the Congress leader’s statement.

The NDTV ‘journalist’ says enthusiastically, “The UPA denied using the NPR for the NRC and we have on record Ajay Maken’s byte where he has said clearly that when the NPR was done during the UPA regime, it had nothing to do with the NRC. These were two different things then, but it is not the case now.” It appears that it didn’t even cross the mind of the NDTV journalists to verify whether the statement made by Ajay Maken was even true.

Read: Detention Centres are nothing like Concentration Camps, Congress built them in Assam too: Here is all you need to know

We have published an earlier fact-check where we have reported how it was the UPA government’s idea to link the NPR to the NRC. According to FAQs published during 2011 census, the Congress party had itself announced in 2011 that the NPR was the first step towards the preparation of NRIC. Further, the National Population Register (NPR), an idea is to create a comprehensive identity database of every usual resident in the country was first mooted by the Congress party in 2009 by the Congress party itself during Manmohan Singh government. It was the idea of the then UPA government to use the data collected in the process of NPR to implement a nation-wide NRC.


The NDTV is renowned for its distortion of facts and outright lies. There have been numerous occasions when it has spread lies that have undermined national interests. Its reputation of being fake news peddlers is such that it was even mocked in an American show.