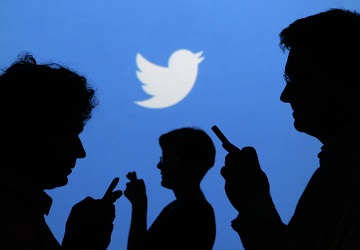 It was a sad day in Tamil Nadu. The Chief Minister, the iconic Amma Jayalalitha Jayaram had died the previous night. Schools and colleges were closed and there was virtually no traffic in Chennai.

My maids and cook called me at 6 AM to say they boarded a share auto to come to work, but they were asked to get down and go back home. Shops were closed, perhaps as a mark of respect or to prevent untoward incidents in a city where emotions were running high. There was no milk delivery. I tweeted about what I viewed as an inconvenience – no buses, household help, autos or milk

And that opened the floodgates of abuse!

Much of it was class envy and male chauvinism. “Why don’t you cook for a day, you lazy woman?”, “Sweep & wash the floors today”, “Chilra!” (Cheap) “Echa” (Lickspittle), “Half Boil” (gutter slang for “Woman” in the Tamil twitter world) and the handy “Munda!” (Widow) were hurled at me. I thought they were plumbing the depths of misogyny with the last 2 curses. But there was more to come.

There’s an infamous comedy scene of actor Vadivelu, where he talks to a prospective bride. The “joke” is about the promiscuity of that girl, who has sex with everyone – including the gardener. I got a tweet with a picture of this scene (which every Tamil speaker recognizes) asking me “Has the gardener come, girl?” Another person asked me if my hands were so tired from servicing my male-servants. He went on to ask his male contacts if any of them cared to pay me a “visit”.

I’ll give you a few seconds to digest that. I can shrug off rudeness and trolling, but this was sexual harassment, plain and simple. You can’t spin it any other way. I decided to take action.

I reported the tweets to Twitter. They locked the 1st account, but they thought the 2nd set of tweets “wasn’t a policy violation”. My jaw hit the floor when I read that response. What would constitute a flagrant policy violation then, a gang rape?

In the meantime, the abuser whose account had been locked by twitter deleted the offensive tweet and tweeted to me. “Danke” (Thank you) he tweeted in German. “Ach, Bitte! “(Oh, Please!), I told myself. He’s utterly remorseless. Something snapped in me. I had to silence the cackling hyenas. I owed it to every single woman on social media, to our #Sisterhood.

I spoke to @Prajnya, an amazing group of people committed to ending gender discrimination and sexual harassment. Prajnya roped in Dr Debarati Haider, who runs the very excellent cybervictims.org.

I plunged headfirst into social media – and I named and shamed them. The torrent of moral support I received from people was nothing short of amazing. Complete strangers were expressing solidarity with me. I felt deeply grateful for all the kindness. Every voice raised against the treatment meted out to me was a voice against online sexual harassment.

And then? Abuser #2 deleted his account. Abuser #1 issued a lame-ass apology that I had “misconstrued his innocent remarks”. If you are a Tamil speaker, you will know that the punch line of that comedy scene is about the girl having a go with the gardener. If you have seen the clip, you will also know that there is absolutely no innocent way to construe his tweet. He continued to protest his innocence and went on to lock his account.

Some of their friends started trolling me, but I didn’t care. I had something elusive – I had peace. They thought they were shaming me, but in reality, I had shamed them.

Sexual harassment is so easy online, because seriously – what are the consequences? And the culprits are emboldened because often we choose to keep silent. This silence is seen as a victory by them, who think they shamed us. And that is why it is important to speak up and to act.