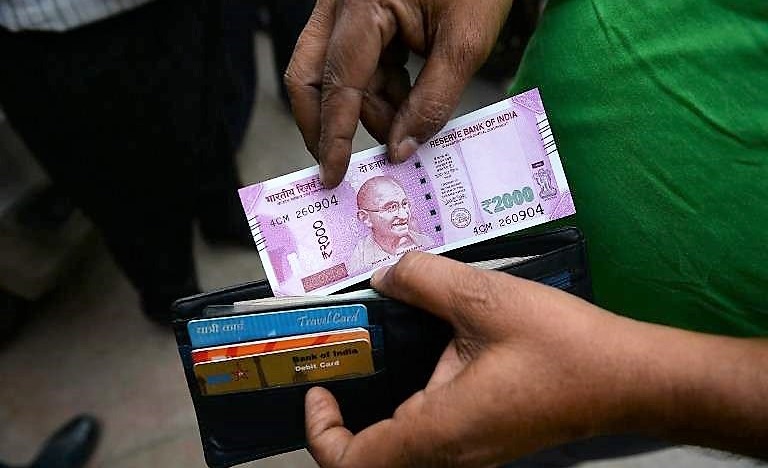 It is no secret that the Modi government is undertaking various steps to move India towards a cashless or less-cash economy. The government believes that cashless transactions can help in curbing generation of black money as every such transaction will be documented. Government further believes that this will hurt fake currency mafia as well as push people towards better tax compliance.

Now the next move – reportedly suggested by a panel to the government – is to introduce tax on cash withdrawals above 50000 rupees, so that people prefer cashless transactions. The panel is headed by Andhra Pradesh Chief Minister Chandrababu Naidu, who believes that the government could accept the suggestion and incorporate it into the Union Budget that will be presented on 1st February this year.

But will this withdrawal tax really help achieve the objectives of curbing black money and parallel economy? Let’s try to understand the issue:

Here is a representative cash chain. Cash is withdrawn from the system and from then it travels through various mediums till it reaches the bank again.

Overall, the cash chain has 3 types of transactions:

Of the 3, Type I and II can be termed as ‘Black’ transactions as they are not accounted for and among these two, only Type I will be taxed. Additionally, Type I is only the trigger which sets into motion the downstream transactions.

Type II which form bulk of the transactions in the cash chain will not be affected at all. Imagine this flow as a race track where you place a small speed breaker at the start of the track. Once you cross the initial hurdle you are free to step on the accelerator.

One argument here is that II and III are dependent on I and if Type I is reduced it will have a downstream impact on the other types as well. To test this argument, let’s dive a bit deeper and look at the Type I in detail.

Since the proposed concept is to tax the buyer, it is the buyer who has to make the decision as to which mode of payment he prefers. So let us look at transactions from a buyer perspective:

As we drill down deeper we can observe the gamut of transactions which the buyer will reconsider due to transaction tax are very low. Only Type I type of transactions will fall under this tax and even these will only be partially impacted. Cash will slowly seep through and build up reserves in the Type II transaction market.

Additionally, withdrawal tax is making cash dearer. And what do we do when something becomes dearer? We hold it close. Velocity of cash will reduce and people will also be reluctant to give cash back to the banks. As time passes and ample cash is available in the market, power of withdrawal tax will reduce severely.

In short – you cannot fix a long pipe having numerous leakages by placing a thin filter at the mouth of the pipe. Water will slowly seep in, build up and start leaking again.