CBI gets sanction to prosecute P Chidambaram in Aircel-Maxis case 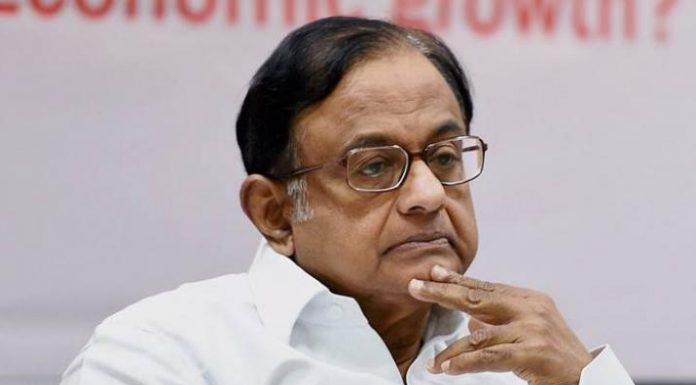 In an important development in the ongoing investigations into the Aircel-Maxis case, the union government has granted its sanction to CBI to prosecute former union minister P Chidambaram.

Appearing on behalf CBI and ED before Patiala House Court’s Special Judge OP Saini, Solicitor General Tushar Mehta informed the court that required sanction from the appropriate authority has been received to prosecute Chidambaram. The sanction was filed at the court by CBI.

#CBI gets sanction to prosecute former Union Minister P Chidambaram in the #AircelMaxis case. The sanction has been filed in the trial court today. Here’s the application by the #CBI. pic.twitter.com/TwvLr6ZXQc

CBI has been granted sanction to prosecute the Congress leader under section 197 of CrPC and section 19 of Prevention of Corruption Act, 1988. Tushar Mehta informed that there were 18 accused in the case named in the charge-sheet, and sanctions are needed to prosecute six of them. Although sanction to prosecute Chidambaram has been obtained, the sanction for the other five persons has not been received yet. CBI said that they will get the sanction for other five persons in two weeks.

The CBI also informed the court they have additional evidence to prove that P Chidambaram and his son Karti Chidambaram closed bank accounts in foreign countries after charge-sheet was filed in the case.

The CBI is probing alleged irregularities in grant of FIPB approval in Aircel-Maxis deal, while the ED is probing alleged money-laundering related to the deal. It is accused that Chidambaram misused his capacity as finance minister in the UPA government to illegally grant FIPB approvals, and in exchange his son Karti Chidambaram was given kickbacks. The FIPB approval was given to Malaysia’s Maxis for buying Indian telecom company Aircel for ₹3,500 crore in 2006. According to FIPB rules applicable at that time, Cabinet Committee on Economic Affairs (CCEA) should sanction foreign investment of such value, but the approval was given by the Finance Minister without referring it to CCEA. After the FIPB approval, Aircel allegedly paid Karti ₹26 crore through a company linked to him.