More
Home Fact-Check Fact Check: Congress and its IT cell head use images from UPA era to...
Fact-CheckNews ReportsPolitics
Updated: 16 May, 2019

Fact Check: Congress and its IT cell head use images from UPA era to attack PM Modi

Congress had recently shared a video where they claimed that PM Narendra Modi has ruined India in the last 5 years. This video was created as an apparent attempt to mock a video on the achievements of PM Modi that had gone viral on social media.

Congress and all its leaders have developed a track record of using half-truths and whole lies to attack the BJP, much like the president of her party, Rahul Gandhi. Its  IT cell head Divya Spandana is no exception. Earlier this year, she had spread half-truths about the Vande Bharat Express to discredit the government and insensitively dragged the Pulwama Attack into it in the process.

Congress had recently shared a video where they claimed that PM Narendra Modi has ruined India in the last 5 years. This video was created as an apparent attempt to mock a video on the achievements of PM Modi that had gone viral on social media.

Don’t be fooled by what @BJP4India shows you. This is the reality of Modi’s ‘new India’. #ModiMatBanao pic.twitter.com/a71inBoXXA

However, it seems, the video is littered with images from the Congress era which are now being used to target the NDA government. In the video, an image of a malnourished child appears on the screen which seems to be an image from 2012. 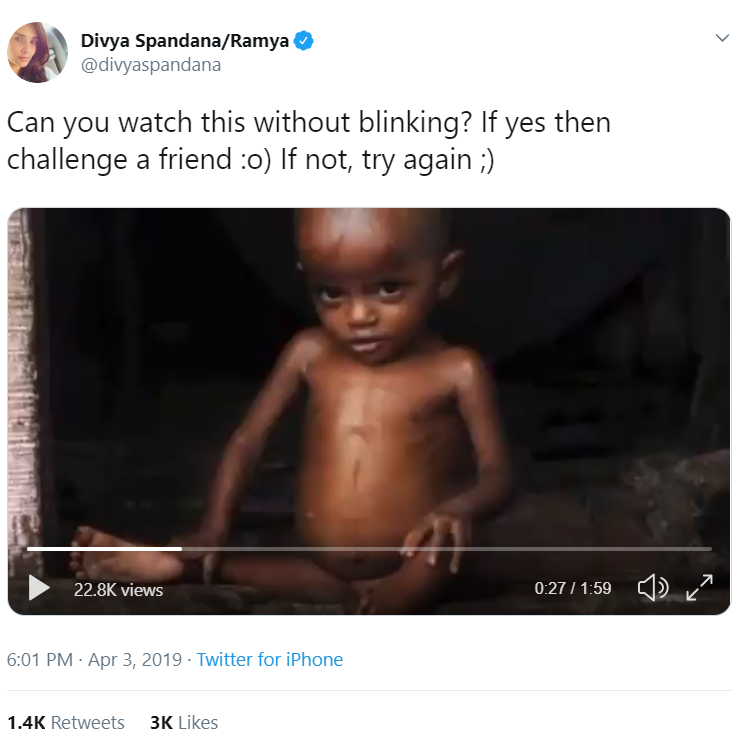 Here is a screenshot from a Daily Mail report from October 2012 which carries the same image. 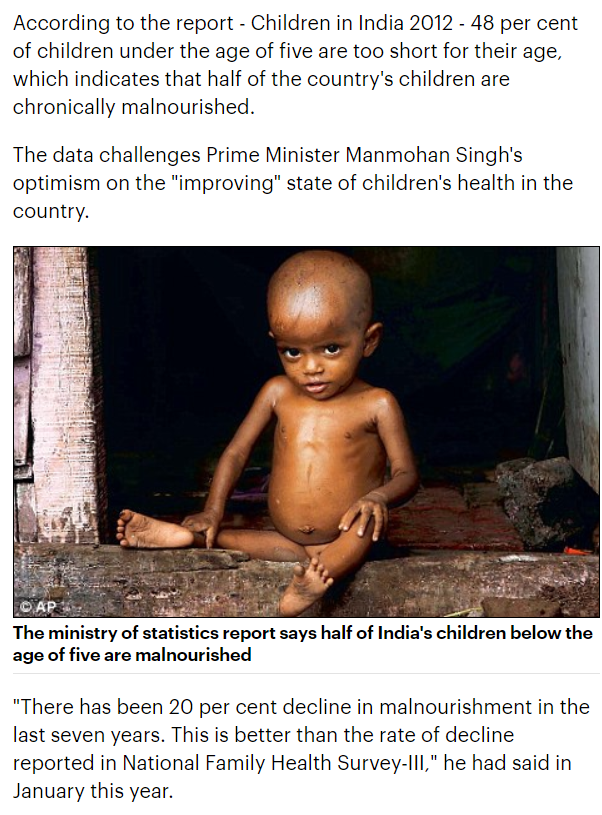 Another image that appears in the Congress propaganda video is of a river clogged with plastic garbage. Here is the result that emerges when one searches for the image on Google:

The Google results clearly show that image is from 2012. Thus, we see that at least some images used in the video depict how things were under the UPA government and not the NDA.

Spandana had also shared ‘news’ from a dubious website ‘IndiaScoops’ to prove that the Rafale deal was a scam. She had also shared an edited image of a newspaper front-page to attack the BJP. In August 2017, she had lied about Amit Shah’s speech.

Congress’ official handle too, had been often found to be spreading fake news and misinformation.