More
Home Opinions 'Once a person was in jail, he didn't face much problem there': How leftist...
Editor's picksFeaturedOpinionsPolitical History of IndiaPolitics
Updated: 25 June, 2019

‘Once a person was in jail, he didn’t face much problem there’: How leftist academics whitewash the Emergency

What kind of intelligentsia do we have when a man who has been President of Delhi People’s Union for Civil Liberties (PUCL) says that the government throwing dissenters in jail for years “wasn’t that bad”? 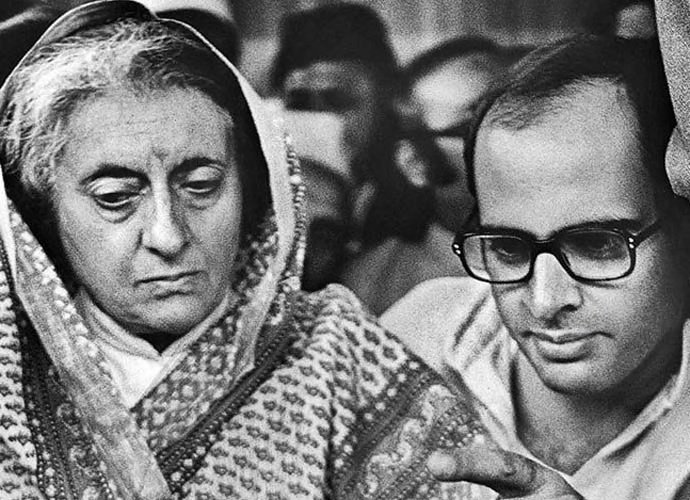 Today is exactly 44 years since Indira Gandhi declared the Emergency on June 25, 1975. Yesterday, in the Rajya Sabha, Senior Congress leader Ghulam Nabi Azad made a passionate appeal to bring back the “Old India.”

I think I now understand what he really meant to say.

Growing up in India, I was only vaguely even aware that there had been an Emergency. My history textbook never mentioned it and my civics book danced around the topic, like a grown-up trying to explain to a five-year-old where babies come from. Somewhere out there, I had heard the refrain about trains running on time.

That the Indian public had been reduced to such destitution by the Gandhi Dynasty rule that train timings could be used as an argument against democracy is not something that was generally commented upon.

Incidentally, one of the schools I went to was named “Jawahar Vidya Mandir.” No matter where you grow up in India and what are your circumstances, you cannot escape the brand name which is plastered on everything.

It is only years later when I picked up a copy of Advaniji’s autobiography, My Country My Life, that I actually read about the Emergency. No right to due process. Imprisonment without trial. And no “Habeas Corpus,” i.e., the government can make people disappear and even in court you cannot ask where they are.

But the scary history of the Emergency has all but disappeared. From our public consciousness, from our textbooks, from our national discourse. How did this become possible?

Here is an example of the sort of thing I am talking about.

See? Two-Three months in jail wasn’t that bad! And in fact, once in jail, it was not much of a problem at all. Because they weren’t being tortured (this claim is false anyway).

What kind of intelligentsia do we have when a man who has been President of Delhi People’s Union for Civil Liberties (PUCL) says that the government throwing dissenters in jail for years “wasn’t that bad”?

Nothing personal against this one guy. Just giving you an idea of the “swamp” that our so-called intelligentsia has become. This is their intellectual quality and credibility.

I suppose, however, that Kanhaiya Kumar spending a couple of days in jail was the most glorious act of political resistance in the history of the world. Incidentally, Kanhaiya belongs to the CPI, which actually supported the Emergency.

But why should facts matter? Especially when they’ve made sure nobody knows about it?

That’s how the emergency was whitewashed out of public consciousness. How badly was it whitewashed, you ask?

Let me show you. The Shah Commission was set up in 1977 to probe the excesses of the Emergency. As per this TOI report, one of the findings of the Commission was that a young officer, posted as secretary to the Lt. Governor of Delhi, had used his powers in a “callous and authoritarian manner” with little regard for public good or welfare.

That man was Navin Chawla. He eventually rose to become Chief Election Commissioner of India. Of the world’s largest democracy. That was 2009, just ten years ago.

I suppose some “eminent” political scientist could easily explain it this way: Having an officer who was accused of being “callous and authoritarian” during Emergency as Chief Election Commissioner of the world’s largest democracy wasn’t that bad.

If you don’t even know what there is to fear, then you have nothing to fear. Indira is India. India is Indira. Rejoice!