More
Home Opinions Legacy of Kamlesh Tiwari: Regardless of motivations behind his murder, those who shielded Islamism...
Editor's picksFeaturedMediaOpinionsPolitics
Updated: 18 October, 2019

Legacy of Kamlesh Tiwari: Regardless of motivations behind his murder, those who shielded Islamism and shunned him should be ashamed

If Kamlesh Tiwari's life teaches us anything, it is that Demography is Destiny. And absolute freedom of expression is fool's gold in a country where hordes of people are willing to go on a rampage demanding the death of an individual for a mere comment.

Former Hindu Mahasabha leader and the founder of Hindu Samaj Party Kamlesh Tiwari has been brutally murdered by unknown assailants at his residence in Lucknow. As per reports, he had been shot at and his throat was slit.

Kamlesh Tiwari was propelled into national discourse for the first time when he was arrested by the then Akhilesh Yadav government in Uttar Pradesh for his remarks against Prophet Mohammad’s sexuality in 2015. Muslim groups in Deoband, Saharanpur and West Bengal had launched massive riots and protests demanding Tiwari’s death. His remarks were in response to controversial Samajwadi Party leader Azam Khan’s remarks that many RSS karyakartas did not marry because they were gay.

Kamlesh Tiwari spent over a year in jail merely because he called a certain someone gay. The National Security Act was slapped on him and the establishment which keeps sermonizing everyone else about the importance of ‘freedom of expression’ did not bat an eye. In September 2016, the Allahabad HC had finally quashed the NSA charges against him and he was released later.

It was quite clear even then that an individual’s right to freedom of expression ends where the sentiments of the Muslim community begins. There is no evidence yet to suggest that the murder was motivated by communal motives as the investigation is still on. But people cannot be blamed for coming to that conclusion already considering the communal riots that took place in the aftermath of his comment and the hordes of people who were out on the streets demanding his death. 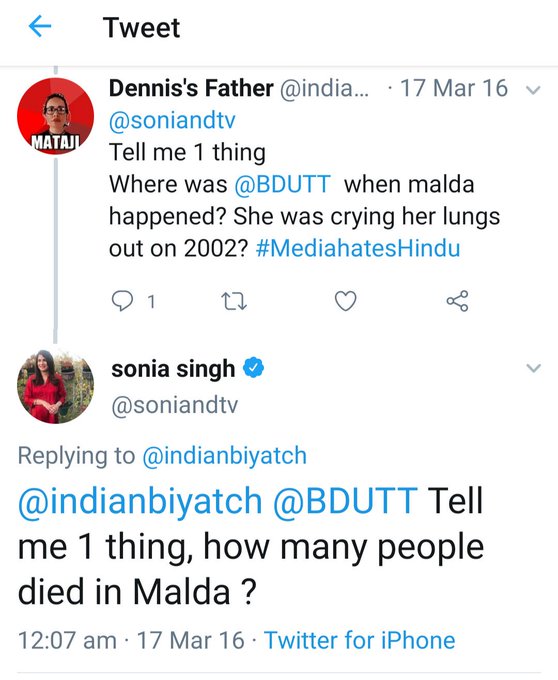 The timing of the murder, which occurred merely two days after arguments in the Ram Janambhoomi dispute were concluded, is an even greater cause of concern. The motivations for the crime haven’t been determined yet and suspects haven’t yet been named. However, it can be safely said that alarm bells must have started ringing at the highest echelons of the state government already.

Regardless of the motivations behind Tiwari’s murder, his life serves as a stark reminder of the intolerance of significant sections of the Muslim community. The misery he had to endure is a stark reminder of the fact that no matter how much people may scream Hindutva, Radical Islamic Terrorism is the greatest threat that India faces today. And no matter of deluded screeching could wash away that fact.

If Kamlesh Tiwari’s life teaches us anything, it is that Demography is Destiny. And absolute freedom of expression is fool’s gold in a country where hordes of people are willing to go on a rampage demanding the death of an individual for a mere comment. It should also serve as a reminder of the urgent necessity for reforms within the Muslim community.

The manner in which he was treated by the establishment while he was alive exposes Indian secularism for the farce it is. Indian secularism that does not concern itself with the rights of Hindus. People who believe in this farce are willing to sacrifice Hindu lives gladly at the altar of their harebrained aspirations. Kamlesh Tiwari’s legacy serves as a wake-up call for everyone who is yet unruffled by the threat of Radical Islam.

Ibrahim slaughtered the animal in his house and then went ahead and even sold the slaughtered meat at a local market.
News Reports

The man who allegedly kidnapped the girl has threatened the father to forget his daughter and said that he is ready to compensate him with 40-50 thousand rupees.

Coming out in support of Lakshadweep filmmaker Aisha Sultana, Kerala Minister Sivankutty said the actor-turned-model need not worry about the case as she has Kerala government's support.

Shiv Sena leader demands a flyover in Mumbai be renamed after Moinuddin Chishti, who credited himself for capturing Prithviraj Chauhan

The leader of the so-called Hindutva party stated that the Muslim community’s demand must be respected and the flyover be renamed at the earliest.

How mainstream media is helping Aisha Sultana get away with accusing Indian government of using COVID as a bioweapon against the people of Lakshadweep.

Wikipedia dismisses Love Jihad as a conspiracy theory by Hindus, but claims reverse Love Jihad against Muslims is real

‘Decline is on’: Pakistanis furious after Saudi Arabia eases ‘guardianship rules’ for women

Saudi Arabia has allowed single, widowed, and divorced women to stay independently without the prior approval of male guardian
Read more
News Reports

Anthony Fauci has found himself in the eye of the storm after thousands of his emails were revealed to the world.
Read more
Crime

India not to allow return of four Kerala-based women who had joined Islamic State, at least 3 of them are converts: Details

Honour killing of Pakistani girl in Italy: Victim’s cousin arrested in France, parents who fled to Pakistan and two other missing accused wanted by...

Ikram Ijaz, one of victim Saman Abbas’ cousins, was arrested in Nimes in France and was later handed over to Italy
Read more
News Reports

Team Saath Official was the go-to Twitter account for left-liberals and rabid Islamists to silence nationalist voices in the country.
Read more
- Advertisement -

Shiv Sena leader demands a flyover in Mumbai be renamed after Moinuddin Chishti, who credited himself for capturing Prithviraj Chauhan

Euro 2020: Christian Eriksen is awake, his condition stable after collapsing on the pitch during Denmark vs Finland

Euro 2020: Denmark vs Finland suspended due to medical emergency after Christian Eriksen collapses on the pitch

Wikipedia dismisses Love Jihad as a conspiracy theory by Hindus, but claims reverse Love Jihad against Muslims is real

Youtuber Paras Singh, jailed for racist remarks against Arunachal Pradesh, has a change of heart: Here is what he said