Pointing fingers at the judiciary, Patel stated that the Indian Supreme Court accepted that breaking down of the mosque, which Patel considered that it was done after BJP had mobilised. 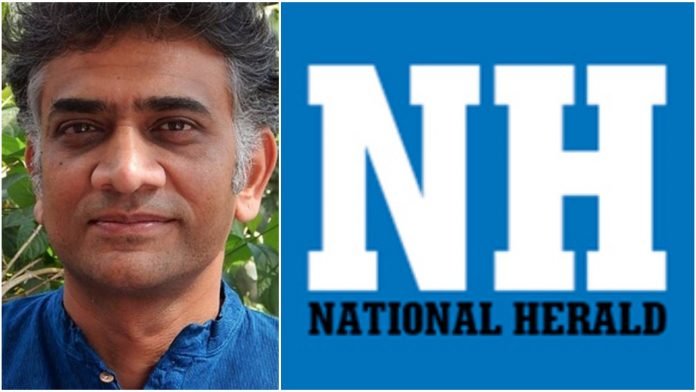 Congress mouthpiece National Herald compared the Supreme Court of India to that of Pakistan following the Ram Janmabhoomi verdict which favoured construction of Ram Mandir in Ayodhya. Aakar Patel, who has found his solace at Congress party’s National Herald, has blamed Pakistan’s judiciary for the country’s instability and chaos.

Patel writes about judiciary of Pakistan which according to him gave conflicting judgements that interfered with the existing political system of Pakistan from the days of Ghulam Muhammad to the days of General Musharraf resulting in long term repercussions for the state of Pakistan.

According to Patel, the judiciary in both the countries used ‘precedence’ as a doctrine to rule subsequent judgements, which can have repercussions in India in future just like the neighbouring country Pakistan, which continues to be unstable.

Continuing his rhetoric, Aakar Patel writes that to his mind it appeared that the Ayodhya judgment was also similar to Pakistan’s court’s ‘reliance on necessity’.

Bringing equivalence to Pakistan’s judiciary during country’s political turmoil to Supreme Court of India’s verdict on Ayodhya, Aakar Patel claims that he was absolutely unclear about why the court found it essential to hand over the entire land to the temple after saying that it could not conclude that the Babri mosque was built on a demolished structure.

Pointing fingers at the judiciary, Patel stated that the Indian Supreme Court accepted that breaking down of the mosque, which Patel considered that it was done after BJP had mobilised.

“It has become clear that legally India has done what the Vishwa Hindu Parishad and the BJP were demanding all this time,” said the self-proclaimed human rights activist.

He further added, “What the long-term repercussions of the Ayodhya judgment are, will unfold in time. But there will be repercussions of course. And I hope that the consequences are not going to be as damaging to us as they were to Pakistan.”