Fact-Check: Has Wankhede Stadium really banned the colour black during India vs Australia cricket match for fear of protests? 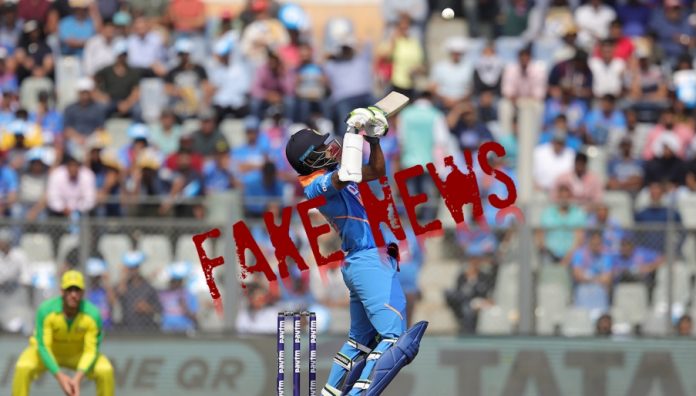 The specialists at propaganda appear to be at it again. The latest bit of fake news is that people wearing black are being prevented from entering the Wankhede Stadium where a match between India and Australia is underway. One isn’t quite sure where it originated from but the fake news was spread by prominent people on social media.

Abhimanyu Sen, a journalist with News18dotcom, the digital platform of CNN News18, claimed that the colour black is being banned at the Wankhede as it is a symbol of protest.

Placards and message boards banned in the Guwahati T20 against SL, and now in Mumbai the colour Black is being banned at the Wankhede as it is a symbol of protest? #INDvsAUS

We’re in for a fun evening today!

Another individual associated with The Hindu made the same claim on Twitter, accompanied by expletives. According to him, t-shirts, caps and ‘anything’ with the colour black was banned in the stadium.

I’m at the Wankhede stadium today. The colour Black is being banned (t-shirts, caps, anything) because it’s a “symbol of protest”.

Fuck you, MCA. Fuck you very much.

What is this I hear about no one in Wankhede Stadium being allowed to wear black because it’s a symbol of protest.
Wow! Lucky that we are not playing New Zealand. That would be quite one-sided.

However, it appears to completely false. In videos and photos shared by spectators and media coverage of the cricket match, people can be spotted in the stadium wearing black clothing. People wearing black t-shirts or shirts are visible inside the stadium, contrary to the claims being made that the colour black has been banned for fear of protests. There are other images and videos as well where the colour black can be spotted. On Facebook, there are people in black t-shirts posting selfies from the ground.

Hello Wankhede!!!!
Day off for @RussellOs5 and me so fortunate enough to pop down to the cricket. pic.twitter.com/aFpreqnnmG

Even the cameramen covering the live telecast of the match are wearing black, and the umpires are seen in red shirt and

Talking about preparation for the match, MCA staff cleaning seats few mins before the match!

Quite a planned approach to hosting an international game. Fans can sit on dirty floor also!#INDvAUS pic.twitter.com/asX8lWtaPi

OpIndia also got in touch with a security official from BCCI at the stadium. He categorically denied all such claims. Furthermore, it is only to be expected that there will not be too much of Black clothing in the stadium anyway as Indian cricketers wear blue jerseys, and lot of spectators come wearing the jersey of the team they are supporting. Given the statement by the security official and images posted on social media combined with the view of the spectators on live television, it appears to be another fresh round of fake news designed to generate more interest in the protests against CAA at a moment when they are losing steam.