Shiv Sena’s Sanjay Raut proposes Sharad Pawar’s name for 2022 presidential election, says will have enough numbers on their side by then 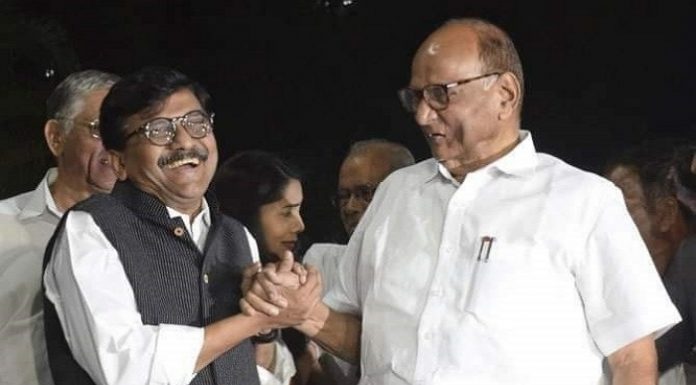 Claiming that they will have enough numbers by 2022 ‘on their side’ to decide the presidential candidate, Raut said: “Sharad Pawar is a senior leader of the country. I think his name should be considered by all political parties for the post of President, the election for which will be held in 2022”.

Asked about the opinion of other political parties on fielding Sharad Pawar as the next President, Shiv Sena leader Raut said he has “merely proposed” Pawar’s name.

“I think other political parties can also propose other senior candidates for the post of President. By 2022, there will be enough numbers on our side to decide the presidential candidate,” said Raut.

The NCP had not fared well in three consecutive elections – 2014 Lok Sabha election, 2014 Maharashtra Assembly election and 2019 Lok Sabha election. Many had declared the 79-year-old NCP stalwart a finished politician.

The portfolio allocation shows that the balance of power in the Maharashtra Vikas Aghadi has already tilted in the favour of the NCP and Sharad Pawar. The NCP has been successful in not only getting 16 ministerial posts but also retained the most crucial ministries.

In the 288-member assembly, Shiv Sena has 56 seats, NCP has 54 and Congress has 44 seats. Despite having the highest number, Shiv Sena seems to have been reduced to a non-significant alliance partner in the coalition as even Congress got crucial departments like revenue and PWD out of its tally of 10. Besides the CM post, Shiv Sena has managed to get 14 other ministerial posts while it retained urban development, agriculture and industries.