According to the Delhi Police, the evidence gathered by CCTV footage so far do not corroborate any claim that right-wing elements or people wearing Saffron abused women at Gargi college. 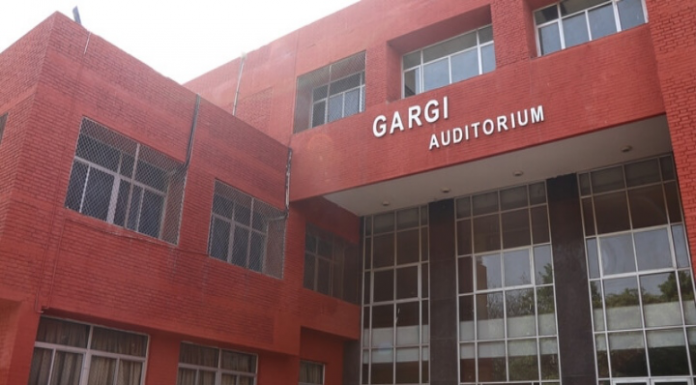 On February 6, students of all-women Gargi College, New Delhi had alleged that they were subjected to mass-molestation and sexual harassment at the college campus. The students had alleged that around 200-400 people entered the premises without showing any ID and indulged into mass molestation of girl students. Further, amidst all these allegations, an anonymous account on Instagram, claimed that the heinous act was done by BJP goons carrying Saffron flags, who were also chanting Jai Shree Ram at the college premises.

Many students had alleged that those men masturbated, groped and even followed some of them to the Green Park metro station.

As soon as the anonymous account uttered the magical words of ‘Saffron’, ‘BJP’ and ‘Jai Shree Ram’, the usual propagandists in the ‘liberal-secular’ media lapped it up and began to hurl accusation against the right-wing nationalists without even cross verifying the claims made by the anonymous account on the shameful incident that happened at Gargi college.

Soon left-wing media influencers, Islamist trolls spread the false propaganda to foul-mouth the BJP and RSS as they declared that it was the right-wing forces who were behind the incident.

Yes that will be very important in days to come when goons let loose by BJP/RSS start harrassing girls openly like they did in Gargi College https://t.co/xhYtvEbs8W

Another troll, RJ Sayema also alleged that girls at Gargi college were groped and assaulted by a truck full of drunk middle-aged men who were ‘chanting Jai Shree Ram and wearing saffron’. However, apart from grammatical mistakes, her tweet had no evidence to back the claim.

Gargi college girls were groped and assaulted by truck full of drunk middle aged man who were chanting Jai Shree Ram and wearing saffron!!! What was the college administration doing? Where was @DelhiPolice ?@ndtv @timesofindia @IndiaToday https://t.co/LpVZX325Xt

Soon ultra-left wing elements and anti-India elements also peddled these unverified claims to get some brownie points on social media.

The women of JNU are victims of the depravity that these flag-bearers of Hindutva and Nationalism embody.
That the police, govt.& even the college admin is trying to protect these leeches, is condemnable but unsurprising.
We stand in solidarity with the students of Gargi College. https://t.co/dUoQZGCGpk

However, according to the Delhi Police, the evidence gathered by CCTV footage so far do not corroborate any claim that right-wingers or people wearing Saffron abused women at Gargi college.

According to Swarajya report by investigative journalist Swati Goel Sharma, the Delhi police have confirmed that so far not one CCTV footage has shown any of the accused holding Saffron flags or any kind of flags.

Deputy Commissioner of Police (DCP) South, Atul Thakur, speaking to Sharma, said investigations have not revealed that the accused are affiliated to any political party. “They all are either college students or their friends,” he added rejecting allegations that the alleged attackers were from BJP and RSS.