This TV actor is using Facebook to become another Owaisi 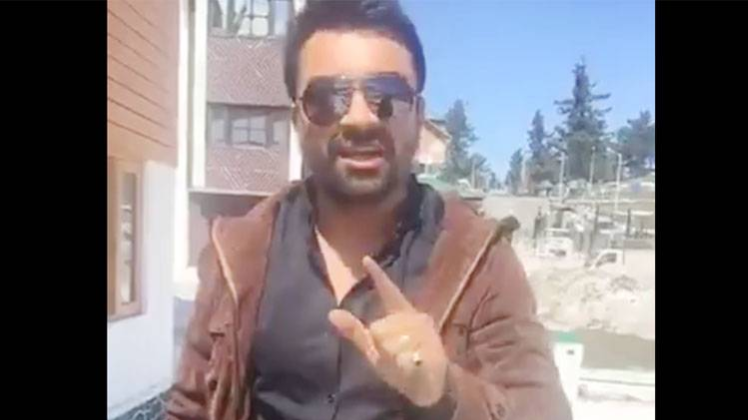 “No one can touch anyone who’s with Shiv Sena, MNS, because they have lot of members… hence you should join Allah Ke Banday”, says TV actor Ajaz Khan, who is best known for making the threatening-ish video against singer Sonu Nigam after his ‘controversial’ tweet about azaan.

According to his Facebook page, what started out ‘NGO‘ named “Allah Ke Banday” has now metamorphosed into a political outfit through which he claims to reach out to Muslims to unite for the betterment of Muslim community. He has started collecting ‘membership fees’ of Rs. 1,200 for the year, on payment of which the member’s problems will be the organisation’s problems. The NGO page also posts ‘testimonials’ of the ‘poor people’ Khan has helped through collecting funds from people online. The ‘testimonials’ clarify most of the times that the ‘NGO’ offers help to all, irrespective of religion.

This video posted by Khan has a Muslim religious leader saying that the truth about government is not reaching to people because all “twenty seven 24 hour news channels are owned by Reliance” and “things are in place where they (government) is waiting till 2019 elections, following which India will be constitutionally be declared a Hindu nation. Teaching Qurans, running Madrasas and Mosques freely will be difficult. Not trying to scare you, but Muslims should unite.” 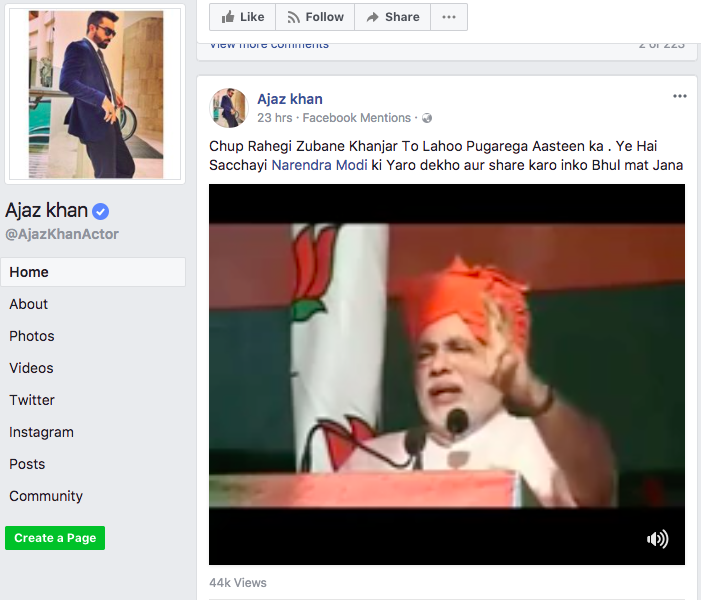 In an earlier video, which is now deleted, Ajaz Khan referred to Modi as Hitler after the BHU incident.

While being critical of the government is absolutely fair in a democracy like India, sharing hate speeches and inciting people to take law into their own hands is highly irresponsible behaviour, even if it is an out-of-work actor.