Recently, Congress has been talking about the resurgence of Rahul Gandhi, specially on Social Media. However, it was also reported that this resurgence is largely owing to bots that the Congress party seem to be using to increase their Social Media presence. Another interesting trait of the Congress IT Cell is how seamlessly they seem to lie and misrepresent. From the blatant fear mongering and lies during Demonetisation to speaking fake pictures to defame BJP supporters.

One person who specialises in such shenanigans is Gaurav Pandhi who, at least until March 2017, was the Convener of the IT Cell of the Delhi Congress and also works with the Digital Department of the Indian National Congress.

Today, Pandhi was caught on the wrong foot yet again. He attached an RTI response that said no MoU was signed by the Modi government for the Bullet train during the Japan PM’s visit to India in September 2017.

See, I told you, PM was never serious about Bullet Train, it was all just for the show-off !! pic.twitter.com/jXuKXy2T9c

He accompanied that RTI response with a rhetorical statement claiming that no MoU had been signed between Japan and India for the bullet train. His blatant (and rather terribly concocted lie) was immediately called out.

Difference between “no MoU signed” vs “no MoU signed during last visit of Japanese PM”. MoU signed way back in 2015 itself https://t.co/CNG07nhi5i Frustration leading to hallucinations for some. pic.twitter.com/F4sT6ehbgr

It was clarified that the MoU for the Bullet Train was signed between India and Japan on 11th December 2015 itself and that Gaurav Pandhi’s stark lies and misrepresentations were perhaps the product of frustration born out of fast losing relevance of Congress.

It is surprising that someone who used to convene the IT cell of Congress doesn’t know how to run a basic google search. If he did, he would have found the PIB Press note released in 2015. 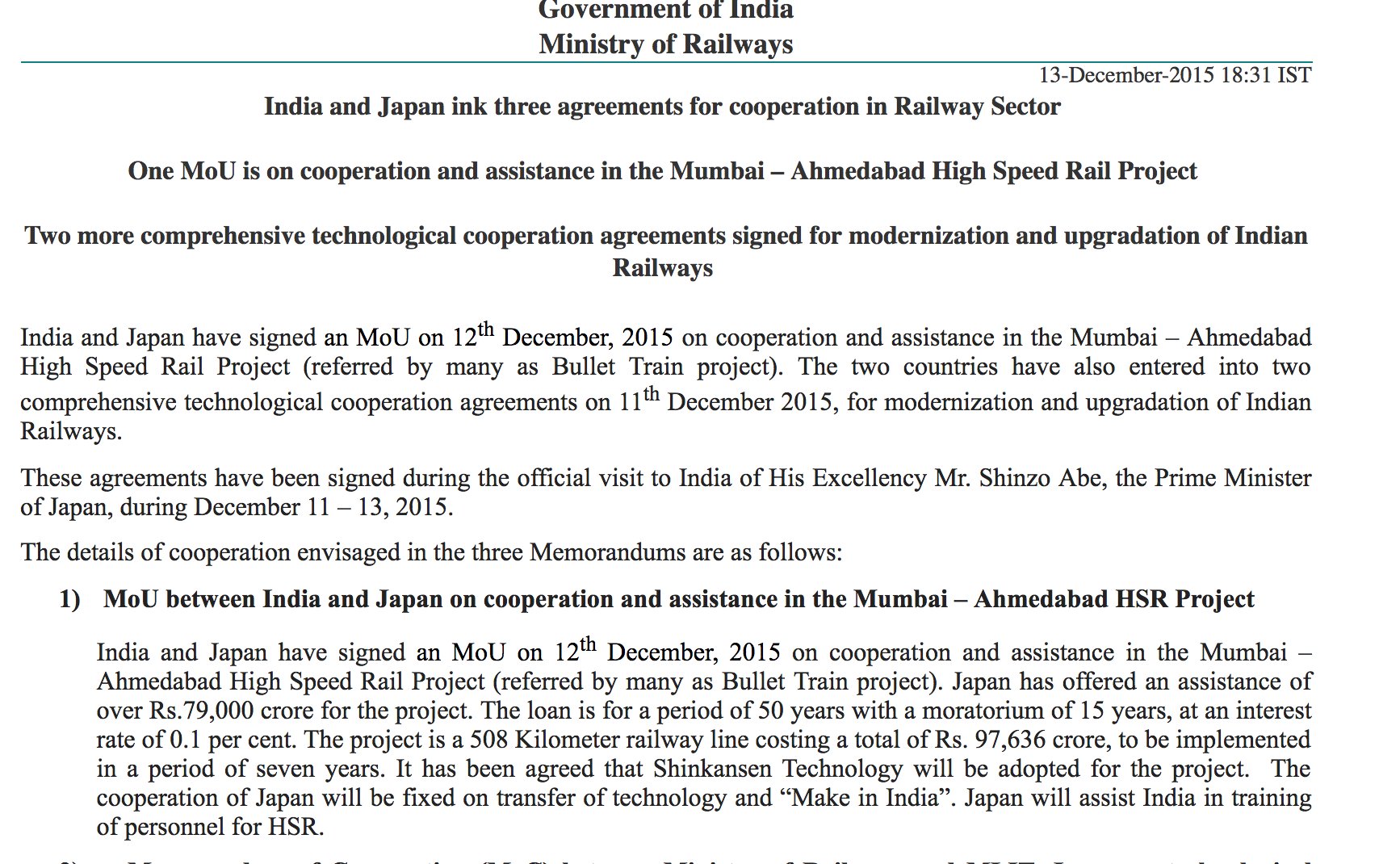 Gaurav Pandhi’s tweet can only point towards how the Congress Social Media campaign is being fashioned out of lies considering facts don’t support their cause. Pandhi, however, is in the habit of misrepresenting documents and lying on Social Media.

He is also considered and abusive social media troll, who had hurled the worst words on Narendra Modi.

It can be safely concluded, that with such friends, Congress party really doesn’t need enemies.