OpIndia
Home Media No, MJ Akbar has not hired 97 lawyers to fight defamation case against journalist who accused him of sexual harassment
Media

No, MJ Akbar has not hired 97 lawyers to fight defamation case against journalist who accused him of sexual harassment 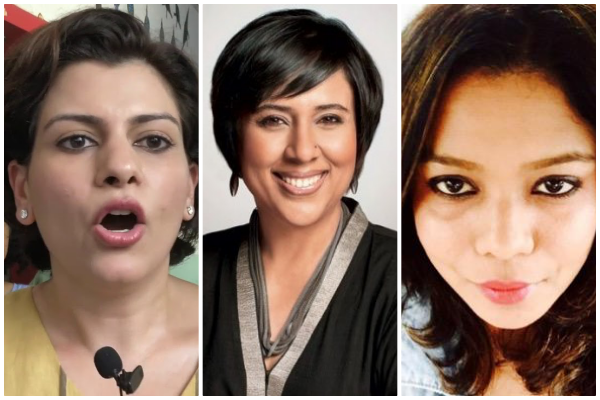 Former journalist and Minister of State in the union government, MJ Akbar has been accused of sexual harassment by multiple women, which he has categorically denied. Earlier today, he sued journalist Priya Ramani for defamation after he dismissed the allegations as ‘false and fabricated’ and ‘malicious’.

The vakalatnama, a document with names of lawyers in the firm, was shared by many journalists on social media, where the celebrity journalists expressed shock and awe that the junior minister was using a battery of 97 lawyers against one woman.

97 lawyers against one woman @priyaramani . Then they talk of due process #MeToo #MJAkbar.

Just read the entire criminal defamation suit filed by MJ Akbar. He has NINETY SEVEN lawyers fighting for him! 97! Against one @priyaramani. Well well

Not just that, despite her busy schedule, Nidhi even counted the number of lawyers named in the vakalatnama.

However, vigilant twitterati, eager to help those in need of knowledge came to their rescue.

Hi Nidhi, 97 lawyers are all employees of Karanjawala and co. Check out any Vakaltnama of Karanjawala, u will find the same list. “Little knowledge is dangerous”.

Of course, other ‘journalists’ too questioned the ‘might’ of Akbar, who at one point was their peer as a journalist/editor.

Arey sir, it’s a law firm. All employees of law firm are listed in the Vakaltnama so that every chota Mota kaam in court can be handled by any of the employees listed therein. Some are senior employees and some have newly joined. Costs are not 97 multiples by a fixed fees.

This is their standard template in every vakalatnama. This allows any of the firm’s lawyer to represent. Why resort to unnecessary exaggeration?

On being schooled, they changed their position on the case and wondered what is the need to put women on trial.

Ok lawyers clarify that this is a standard vakalatnama and it doesn’t mean all 97 will be deployed incase. .. still my central issue is with the fact of the defamation suit at all. why are women being put on trial https://t.co/cKMaQl8MAa

Amusingly, last year when Raya Sarkar had outed a list of academics in Indian and foreign universities, accusing them of sexual harassment, self-proclaimed feminists had asked for a ‘due process‘ instead of naming and shaming the academics. These feminists include professors of prestigious universities of Delhi like JNU and DU as well as politicians like Kavita Krishnan.

Meanwhile, after people pointed out the flaw in her logic of ’97 lawyers against one woman’, Nidhi went on to refer to defamation notice as ‘intimidation’.

A journalist associated with The Wire, Rohini Singh, who is herself facing a defamation case by Jay Shah missed comprehending the vakalatnama in the MJ Akbar’s defamation case. Shah and slapped Singh with a Rs. 100 crore defamation case after Singh accused him of financial impropriety.

She, however, said that Jay Shah’s defamation case, where she is one of the accused, does not have 97 lawyers.

There aren’t 97 lawyers in the Jay Shah defamation… https://t.co/Qt2Jv5mOPT

Though we are not sure whether she means lawyers representing Jay Shah or lawyers named in the vakalatnama, which we are again not sure if she has read.