Branding Ananth Kumar as anti-Muslim, the group hailed his death as an "extermination" of the enemy of Allah. They have also urged their followers to feel "happy" to witness his death. 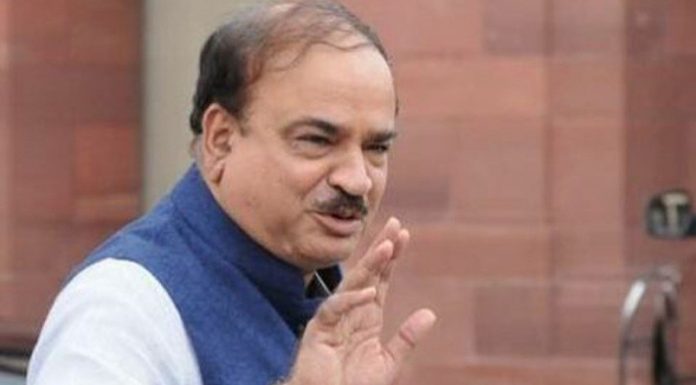 Veteran BJP leader Ananth Kumar, who was suffering from cancer, passed away yesterday. While the politicians across the spectrum mourned his untimely death, a Facebook page named ‘Mangalore Muslims’ was caught indulging in fanning hatred against him and other BJP leaders like LK Advani and former Prime Minister Atal Bihari Vajpayee. 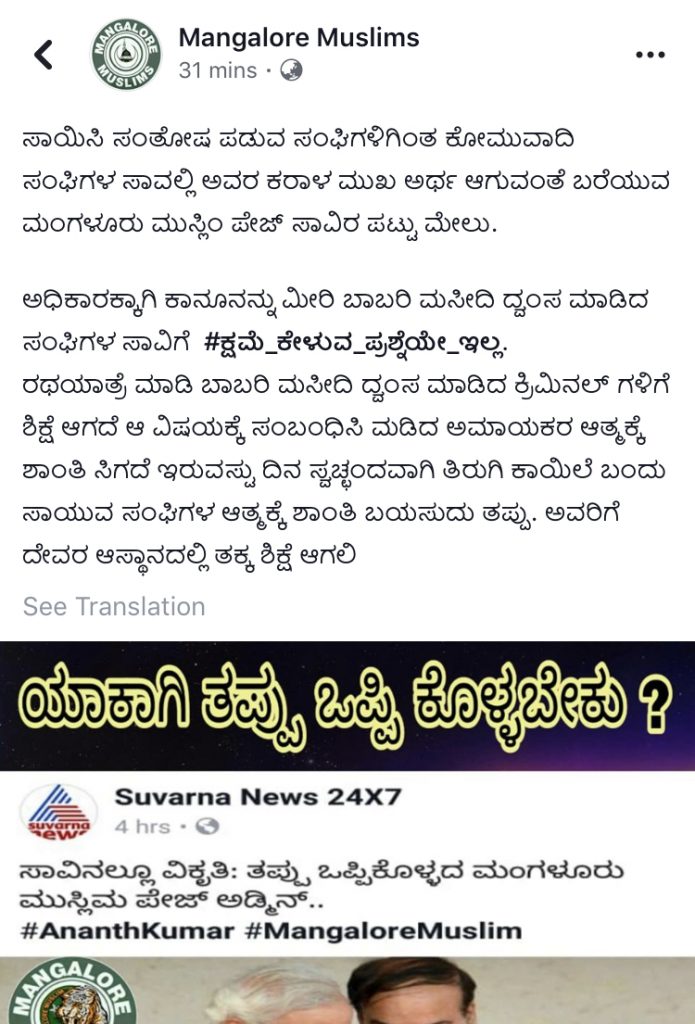 Through a detailed post on their wall, ‘Mangalore Muslims’ asked fellow Muslims who are grieving the leader’s demise to stop shedding tears on a Brahmin’s death. They said he was responsible for Babri Masjid demolition and also referred to him and other BJP leaders as “convicts” in the Babri demolition case. Branding Ananth Kumar as anti-Muslim, the group hailed his death as an “extermination” of the enemy of Allah. They have also urged their followers to feel “happy” to witness his death.

Casting their ire on former Deputy Prime Minister LK Advani, the post also accused him of being an advocator of Late Ananth Kumar. They accused Advani of being one of the principal leaders responsible for the downing of Babri Masjid and the ensuing riots.

That is not all. Towards the end, the post says Ananth Kumar’s death is a reminder of “cancer” that Atal Bihari Vajpayee was. The group also contended that the deaths of Gauri Lankesh, as well as Siddaramiah’s son, were not covered by the mainstream media. They claimed that the Facebook page admins who dared to comment on their deaths were unlawfully jailed by the BJP government. (There was a Congress-run government in Karnataka when Gauri Lankesh and Siddaramaiah’s son died.)

This is not the first time that this Facebook page has so brazenly indulged in posting obnoxious remarks against the BJP leaders. The page has habitually engaged in twisting and distorting comments made by the BJP/RSS leaders and have used it to incite communal passions. In one of the posts, the group alleged that the BJP supports the rapists who are dressed in saffron clothes. 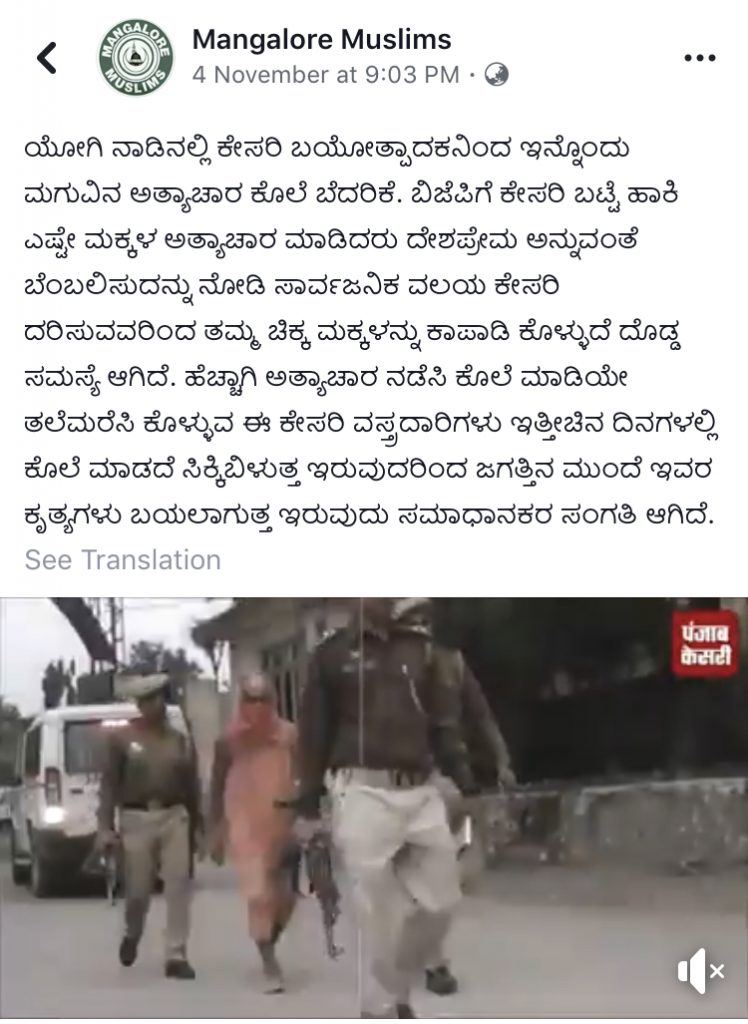 Moreover, on several occasions, the admin of the page has showered his love for Pakistanis and wishing hate on Indians. On one such occasion, the page praised Pakistani cricketers while expressing its hatred towards Indian Virat Kohli. Of-late the discourse on social media platforms have descended to deplorable levels. When Goa Chief Minister Manohar Parrikar was diagnosed with pancreatic ailment, Twitter users followed by Congress official account were seen wishing death upon the former defence minister. Not only that, Goa Congress leader had gone a step ahead recently and demanded to see Parrikar in person or asked BJP to conduct his ‘Shraddh’(death ceremony).