OpIndia
Home Crime Before claiming 'assassination attempt by sniper rifle', Congress should have at least understood it could not have been a sniper rifle at all
CrimeFact-CheckNews ReportsPolitical Fact-Check

Before claiming ‘assassination attempt by sniper rifle’, Congress should have at least understood it could not have been a sniper rifle at all

Snipers aim their shots several meters high and to left or right, to account for factors that affect the path of the bullet 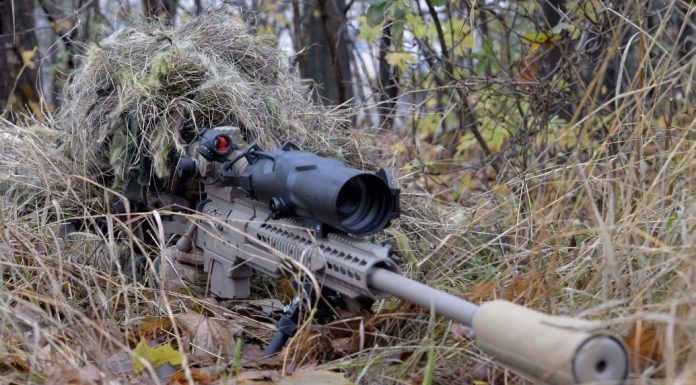 Today the Congress party complained to Home Minister Rajnath Singh that there is a threat to the life of Rahul Gandhi. In a letter written to the home minister, the party said that during Rahul Gandhi’s visit to Amethi, a green laser was pointed at the Congress president at least seven times. The party is alleging that this could be a laser emanating from a potential weapon such as a sniper gun. They have said that they are “deeply shocked and distressed at the possibility of the Congress president being targeted by a potential assassin”, and asked to “probe and neutralize the threat, if any”.

A video of the incident is also available, which shows that a dot of green light was pointed at Rahul Gandhi a couple of times when he was talking to media.

There is no doubt that security of political leaders is a serious issue, and if an SPG protectee was indeed the target of an assassin with a sniper rifle, it should be probed. If it was actually a sniper, it would have to be located hundreds of meters away from Rahul Gandhi, because the area around him is always sanitised by multiple layers of security. But basic facts about how sniper rifles work raises questions about this apprehension.

The Congress party seems to have taken its gun lessons from Hollywood action movies, because, in reality, snipers don’t use any laser pointer like shown in movies. The basic purpose of using a sniper rifle to kill someone is to do it without the target knowing about it. Therefore, using a laser pointer does not make any sense while shooting someone with a sniper, as it defeats the very purpose of using a sniper rifle. It will immediately alert the target or people nearby, and the target will be able to avoid the attack.

But the more important fact with guns is, gun bullets don’t travel in a straight line like a beam of light, especially snipper rifle bullets which may travel hundreds of meters before hitting the target. At that distance, a lot of things affect the path of the bullet. While shooting with a sniper rifle, snipers have to account for a lot of things, like wind speed and direction, gravitation, temperature etc. The bullet faces resistance from the air, the wind changes its direction, and the bullet continues to drop due to gravitation. As snipers use considerably large bullets, the drag on them is more. Even the rotation of the earth has an effect on the path of the bullet, or even whether the gun is aimed at east or west.

Therefore, if a sniper rifle is fired from a distance at a direction based on a laser guide, it is certain to miss. The bullet will go right or left, and fall to the ground much before reaching the target. Real sniping is less about focusing on someone on the crosshair through the viewfinder, and more about understanding complex physics, taking readings and solving university grade mathematical equations on the spot, to determine the trajectory of the bullet before pulling the trigger. A sniper is generally assisted by the marksman in doing such things.

For example, when Welsh Royal Marine sniper Matt Hughes shot one Iraqi gunman around a kilometre away, he had pointed it 56 feet to the left and 38 feet high, to account for wind and gravitation. He and his marksman had arrived at these numbers by analysing the movement of heat haze and dust. Similarly, when Craig Harrison fired three consecutive successful shots at three different targets a distance of 2.5 km, he had to aim it 400 feet above the targets.

Laser pointers work when used with short range guns, where the path of the bullet remains largely straight. But one will have to be very bad at aiming to need laser guides for short distances, and not a professional assassin hired to take out a high-value target. Laser guides may be useful while intimidating someone at gunpoint, as the light beam falling on the body of the target adds to the scare factor. They are not practical when targeting someone from a distance.

Therefore, it is likely that the green dot of light on Rahul Gandhi came from some other source, and not a sniper rifle. Maybe someone was playing a prank using a laser pointer available in the market, or it may come from a camera or mobile phone, or maybe it was the reflection of some bright object. In fact, the home ministry has already analysed the incident and ruled out the possibility of a sniper rifle. They have said that it may come from a mobile phone used by an AICC photograph to record the event.