Dr Nandini Sharma says political differences are a part of any democratic system but that should never come in the way of public interest.

Delhi Health Minister Satyendra Jain yesterday said that the Delhi government will not allow Ayushman Bharat Yojana to be implemented. Instead, the government will give ‘free healthcare for all’. Earlier, the Delhi Government had put the scheme in jeopardy because it wanted to add the party name in the scheme.

Reacting to Kejriwal’s flippant attitude, BJP leader and a medical professional Dr Nandini Sharma lashed out on Delhi Chief Minister Arvind Kejriwal for his callous attitude. Her Facebook post is published in its entirety below:

In what yet again exposes how the Delhi chief minister, Arvind Kejriwal is an imprudent leader who is worried only about earning political brownie points and not the welfare of the citizenry, he has decided to pull out from the Centre’s Ayushman Bharat scheme. AAP Government’s health minister Satyendar Jain confirmed the same.

It is shocking that in order to ensure that the Centre is not able to take credit for the healthcare scheme, Kejriwal has dictatorially decided to deprive the people of Delhi of free healthcare services.What added insult to the injury was the fact that Delhi Health Minister used a healthcare scheme to take potshots at Uttar Pradesh. And I am appalled at the lack of sensibility in the Health Minister’s statements not as a BJP leader but as a medical professional.

For the uninitiated, Ayushman Bharat Scheme is an ambitious National Health Protection Scheme that provides for up to Rs 5 lakh medical coverage to 10 crore poor and vulnerable families. The Ayushman Bharat Scheme is seen as a game changer as far as healthcare in India is concerned. The scheme launched by the Modi government has been receiving appreciations worldwide.

Even Tedros Adhanom Ghebreyesus, the Director-General of the World Health Organisation (WHO) applauded PM Modi and erstwhile Union Health Minister J P Nadda for their visionary and exemplary leadership.It is now being speculated that the expanse of this scheme is bound to increase as PM Modi is planning to expand the coverage of the health insurance scheme — Pradhan Mantri Jan Arogya Yojana (PM-JAY), also known as Ayushman Bharat, which presently covers the bottom 40 per cent of Indians to more than 75 per cent of the total population. That’s 97.5 crore Indians under medical insurance cover. No country in this world has even dreamed about achieving such a massive feat.

Around seven lakh people availed the benefits of Ayushman Bharat in its initial 100 days of implementation. It is clear that in a brief span of time, the scheme has started benefiting the needy to a large extent. It is going to change the face of medical and healthcare in India. It is, therefore, clear that Arvind Kejriwal is depriving people of Delhi from a world class health care scheme only because of make believe political differences.

AAP supremo Arvind Kejriwal has set a very bad precedent with this decision. Political differences are a part of any democratic system but that should never come in the way of public interest. By depriving the people of his state from this scheme, a number of lives have been put in danger and several others who would have been able to get rid of deadly diseases by availing health care services will now be unable to access such services.

This decision of the AAP government hurts me on three levels, I am a medical professional and I am appalled at this decision. I am a BJP leader and I can only seethe in anger on the incompetence of my political rivals and I am the resident of Delhi, and my CM has decided to deprive the people of my state of free healthcare services. Deeply shocking! 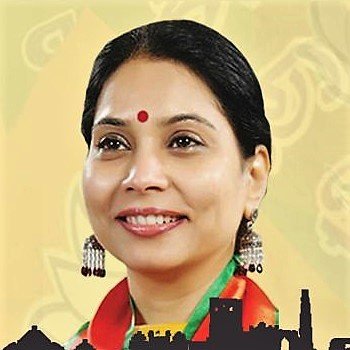 Dr. Nandini Sharma is a Delhi based doctor who has been running a free dispensary since 1992. Apart from social work, she is actively involved in politics and is a member of Delhi Pradesh BJP Executive Committee.