On August 6th India constitutionally abrogated the conservative and absolutist Article 370 from the state of Jammu and Kashmir. The move – which proved to be a stumper for Pakistan’s diplomacy wing – triggered a fission of frustration catalysed with enigmas in Pakistan’s entire establishment. Pakistan’s frustration found many ways to carve itself out open on the world canvas, the darkest of it was their military and ISI’s sweating attempt at maligning India at the world stage. Every brush of the box was used to paint a case for liberation of Kashmir from Indian state and longing for the merger with Pakistan.

Pakistan ever since its creation – which was a result of instalment of intense religious hatred, fundamentalism and extremism along with clever populistic political play – has used every trick to annex Kashmir from India. It partly, due to negligence of Indian state, succeeded in annexing a third of J&K in 1947. Bound by its ideology of Gazwa-e-hind, Pakistan has injected the mission to destroy India into its veins. Though, by abrogation of article 370, India has further knotted the vindictive mission for Pakistan, it is also equally unambiguous that Pakistan will try every possible pernicious trick to return its way in the quest for the annexation of Kashmir. The state of Pakistan, deeply enmeshed in and fuelled by terrorism and religious extremism, will eventually return to turf with new challenges for India.

For years we have been burned by our house fire lit by neighbour Pakistan. And for years we tried extinguishing the fire. Every time we extinguished it, the neighbour came with a new idea to again lit fire in our house, repeatedly burning us. Despite our strength, might and nationalism, Pakistan didn’t stop perfidiously harming us. And it won’t stop, until we completely quash its malevolent establishment, break its backbone. The best way to foil and counter Pakistan’s mission of destroying India is by dismantling the entire state of Pakistan. This is the time India shifts its gear from being defensive counter aggression to hardcore lethality. We can start by changing our modus operandi towards Pakistan’s most vulnerable part – Balochistan.

Balochistan, apart from being the largest province of Pakistan making 40% of the total area, is also the least inhabited province with only 5.94% of the total population. The province is also the most marginalised province with only 20% of population having access to safe drinking water, only 25% villages electrified, a whopping infant mortality rate of 108, highest poverty rate, lowest literacy rate and share of GDP in Pakistan’s economy witnessing a steady drop from 4.9% in mid 1970s to 3.7% now. Despite being carved on soil which possesses one of the region’s richest mineral reserves, the state of Balochistan has singled out and charred to backwardness by Pakistan.

The Balochs have locked themselves in an intense fight with the state of Pakistan for occupying their land, illicitly and unjustly, since 27th March 1948. The land has witnessed 5 major conflicts by the Balochs against Pakistan, each fiercer than earlier. Even at complete lack of any visible external support, Baloch sarmachars (freedom fighters) once succeeded in regaining their independence for a short while. The current and the fifth conflict – which started after the assassination of one of greatest Baloch leader Nawab Akbar Khan Bugti in 2006 by Pakistan military – is the biggest conflict till date.

Despite Pakistan’s unremitting interruptions in Kashmir, India has completely refrained itself from espousing and promulgating the Baloch issue. Lack of which has given Pakistan an upper hand over us. ‘Lack of unity’ in Baloch tribes – a reason often cited behind India’s blasé and disengagement in Balochistan – is, though concurring with reality, a fallacy on many points. The Baloch tribal lack of unity is no different from the diversity of opinions in India or Europe, given for the fact that all of the Baloch tribes are unanimously united for the ultimate cause of attaining freedom. Shunning of Baloch issue on the basis of ‘lack of Baloch tribal unity’ fallacy, as it often happens, is a ludicrous mistake. Another possible reason behind India refraining indulgence in Balochistan was the fear of prompting a counteract by Pakistan. The fear was a parrying inclination. India, as a state, has a proclivity of non-indulgence in others’ internal matters, which, however banal in this case, spawned the initial blasé. All of the reasons are unworthy of countering the geopolitical advantages we have on our table if we free Balochistan.

The most prudent advantage of a free Balochistan for India is countered and diminished Pakistan. Espousing the Baloch issue will give India an upper hand over Pakistan. Decluttering the Baloch issue to make it compatible for India will automatically make it more labyrinthine for Pakistan. Pakistan’s Kashmir card – which it loves to use at every international gathering and diplomatic engagements – will have a legitimate counterpart from the Indian side. India utilising the Baloch issue conscientiously coupled with PoK and Gilgit-Baltistan case can provide an incredible advantage, completely dismantling Pakistan’s paradigm and steering a tectonic shift in geopolitics towards India. Balochistan’s rise aided by India will also spawn mentality for replication in the vicinal province of Sindh and Khyber Pakhtunkhwa also. India can utilise Baloch land to further disintegrate Pakistan and can morph into the beginning of the end for Pakistan.

Pakistan’s growth is heavily dependent on the province of Balochist. Understanding the significance of Baloch land along with the consciousness of its meagre non-economic value, Pakistan is aiding Chinese capture of the province in exchange of exchequers. Pakistan’s growth in Punjab is modelled on poverty in Balochistan. And China, in all understanding of this, has been capitalising on this Pakistani need by acquiring access to, or gradually annexing, Balochistan. Chinese BRI’s flagship infrastructure and CPEC project run through Balochistan ending at the port of Gwadar. Which, undoubtedly, makes Gwadar and Balochistan one of the most important strategic points for China. India supporting the Baloch movement will provide an impeccable uppercut to India over China. Establishing a permanent and powerful influence in Balochistan can provide India with tremendous strategic advantages.

The geopolitical strategics at the helm of the region of Balochistan is of paramount significance and prudence, especially to India. For an aspiring global power like India, ensuring economic security is undoubtedly the top priority. Balochistan is a key to that locker where we can secure our assets for future economic requirements. The region is home to rich mineral resources and possesses a vast reservoir of oil and natural gas. India can utilise the region’s economic prowess through exploration, extraction and development of reservoirs by Indian technologies. The vast energy resource of Balochistan can suffice great part of India’s rich energy demands, significantly easing the energy crisis. Balochistan also sits on an extremely critical strategic point. Balochistan is the passage from the Arabian Sea to energy and resource rich Central Asia – Afghanistan, Turkmenistan and Kyrgyzstan – which makes it a tremendously significant strategic region. India can capitalise on the region’s situation and can establish direct, devoid of Pakistan, connection with Central Asia and Russia.

The 771 km long coastline of Balochistan oversees the busiest and richest passages of the world’s oil coming from the Middle East. Strait of Hormuz – the critical chokepoint passage of world’s 20% oil trade – lies in a close approximation of Balochistan’s Gwadar port. In the 21st century, ports play an extremely important geopolitical and strategic part in a country’s muscle power, sometimes vital to countries’ significance. Pakistan without Balochistan and Sindh will be just a landlocked country like the Central Asian nations. Having Balochistan as an ally will enable its long coastline which can add in the enhancement of India’s defence and economic prowess.

When Prime Minister Narendra Modi in 2016 spoke of Balochistan from the Red Fort, he triggered a chain of intellectual thinking. PM Modi torched a beam of light on the dark realms of Balochistan through his address. Now since the issue has captured the limelight, it is important for India to carry onto it. This is the time India not only extinguish but also counter the fire caused in our backyard for years by our neighbour. This is the perfect time for India to change its modus operandi towards Balochistan. 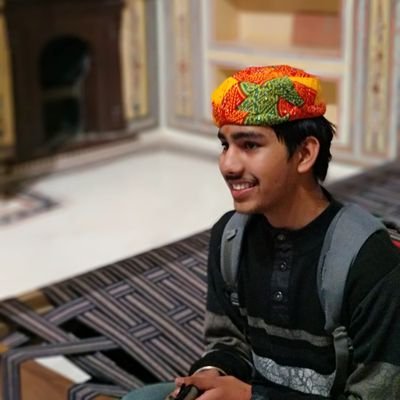