OpIndia
Home News Reports Conduct of Church during anti-CAA protests: More concerned about pulling Modi down than their own being persecuted in Islamic states
OpinionsPolitics

Conduct of Church during anti-CAA protests: More concerned about pulling Modi down than their own being persecuted in Islamic states

Christians, like all other religious minorities, are made to suffer horribly in these Islamic States. It is extremely common for Christian girls to be abducted and married off, often to men much older than them, after their conversion to Islam. 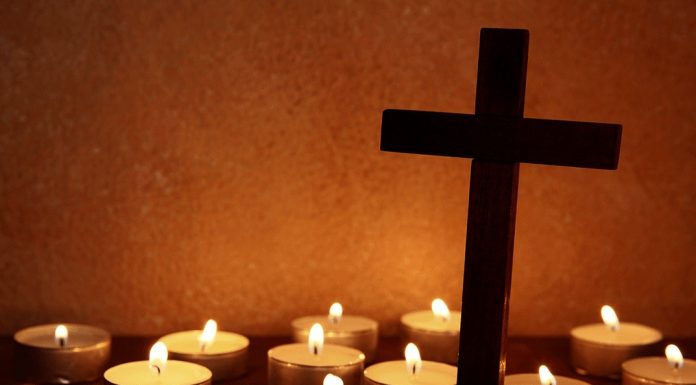 The Catholic Church in India has decided to join the protests against the Citizenship Amendment Act (CAA). The Archbishops have decided that Christians will be asked to read the preamble of the Constitution after the Sunday Mass, the Indian Express has reported. It has also been decided that the 26th of January when the entire country celebrates the Republic Day, will be declared as the ‘Constitution Protection Day’ by the Church.

“The country is going through an unprecedented social situation. The Prime Minister who took over charge by kissing the Constitution is leading the attempts to violate the values provided by the Constitution for this country. Most important among this violation is the division of society on the basis of religion. We should react strongly to exclude one particular community from the CAA,” Bishop D’Souza said.

The Bishop also said that “they would exclude Christians also” which was ‘evident’ from the government’s move to end the reservations in the Lok Sabha for Anglo-Indians and excluding ‘Dalit Christians’ from reservations. Kolkata Archbishop Thomas D’Souza asked Christians to be part of the human chain in the city organised by the United Interfaith Foundation to express the “desire of all citizens of India to have and uphold the values of justice, liberty, equality and fraternity guaranteed by the Constitution of India.”

Archbishop D’Souza said, “Since the Republic Day is closely associated with the Constitution of India completing 70 years, I request you to carry out the following in all our parish/quasi-parish churches,” and gave the preamble of the Constitution.

“The CAA is against the Constitution. It is not just against Muslims but all of us. So, on January 26, the Preamble would be read out in all the churches under the KRLCBC. Bishops —whichever church they are— would take the National Pledge along with the laity and lead the Preamble readings,” Kerala Regional Latin Catholic Council (KRLCC) general secretary Fr Francis Xavier Thanikkaparambil had said when the declaration was first made on the 20th of January.

The fearmongering about the exclusion of Christians from the CAA is baseless as the Act clearly provides for the citizenship of all religious minority communities from the Islamic States of Pakistan, Bangladesh and Afghanistan. Christians are included in the list. However, that doesn’t appear to be stopping the Christian Clergy from opposing the CAA. The Catholic Church appears to be more concerned about political power than the welfare of the persecuted Christians in the aforementioned Islamic States.

Christians, like all other religious minorities, are made to suffer horribly in these Islamic States. It is extremely common for Christian girls to be abducted and married off, often to men much older than them, after their conversion to Islam. As per International Christian Concern, there have been 34 incidents of abduction, forced conversions, rape and assault against children, women in the first nine months of 2019, displaying the vulnerability of Christians in Pakistan. However, for the Catholic Church, opposing Narendra Modi is more important than securing a better future for Christians from Pakistan.

Furthermore, to declare the 26th of January as ‘Constitution Protection Day’ appears hypocritical given the community’s opposition towards declaring the 25th of December as Good Governance Day. “Holding programmes to promote Good Governance is good, but such a celebration should be avoided on Christmas Day. It is an unwanted distraction,” Cardinal Oswald Gracias, Archbishop of Mumbai and president of the FABC Federation of Asian Bishops Conferences had said about the decision of the government. He had even speculated that there was some ‘strategy’ behind it.

However, leaders of the Christian community don’t appear to see the irony between declaring ‘Constitution Protection Day’ on the Republic Day after having opposed the decision of the government to celebrate Good Governance Day on the 25th of December.