Kathua rape case: Amidst the cacophony of motivated agendas, don’t forget to talk about the heinous crime

The Jammu and Kashmir police have finally, on Monday filed the charge sheet on the Kathua rape and murder case. The crime happened in January, but the case had escaped major media attention till now. The nation’s otherwise flickering attention first stopped and took notice of the case when a group of so-called lawyers tried to prevent the J&K police from filing the charge sheet. The lawyers were demanding a CBI inquiry over the case and there were allegations that the investigations were biased. There were some shouts of Jai Shri Ram and Bharat Mata Ki Jai too, and like magic, the elusive attention of the national media was hooked on the case.

The Jammu High Court Bar Association has been demanding a CBI probe into the case calling the state police crime branch investigation as biased and botched up. BJP ministers in the Mehbooba Mufti cabinet has been backing the claims too.

We have been asking the govt to do justice to the victim: BS Slathia President, Jammu High Court Bar Association on Kathua gangrape case#NewsToday LIVE at https://t.co/4fqxBVUizL pic.twitter.com/z57yUh4Gdo

The charge sheet was filed on Monday. The details that emerged from the police investigation were bone-chilling, heart-wrenching and absolutely brutal.

The victim, an eight-year-old girl from the nomadic Bakherwal tribe was kidnapped and was reported missing from 10th January near the Rasana village. Her body was found a week later in the nearby woods. As per the charge sheet, she was kidnapped by the main accused Sanji Ram’s nephew form the woods where she went to graze her horses. She was assaulted and raped by the kidnapper at the spot and was carried to Devisthan, a small temple in the village where Sanji Ram, the main accused was in-charge. The charge sheet states that the kidnapping was pre-planned and instructed by Sanji Ram, a retired revenue official.

She was reportedly sedated and kept inside the temple for several days. The parents of the child visited the temple the next day asking her whereabouts but they were told off by Ram who had locked the prayer hall with the unconscious child inside it. The charge sheet alleges that Sanji Ram had made SPO Deepak Khajuria an accomplice in the crime and that it was Khajuria who had purchased the sedatives that were administered to her.

Deepak Khajuria, along with another SPO Surinder Kumar, ASI Anand Dutta, Head Constable Tilak Raj were also arrested for the crime. Parvesh Kumar, a local along with Saji Ram’s son Vishal Jangotra and his nephew (juvenile) were also arrested. Sajni Ram is charged as the main accused and conspirator of the crime.

Locked inside the temple hall for several days, she was consistently sedated, starved and was raped multiple times. The charge sheet also states that Vishal was called from Meerut specifically to rape the girl. When a police party from Hiranagar station came to search for the girl, Khajuria was a part of it. He reportedly asked Sanji Ram to bribe the police officials to mislead the investigations.

She was killed after being confined for several days during which she was raped and tortured multiple times. She had been given sedatives in empty stomach. In what appears to be the act of absolute bestiality, the charge sheet says that when the men were taking the child to finally kill her on Sanji Ram’s instructions, Khajuria asked them to wait a while so he could rape her one last time.

Then, she was taken to the woods by Vishal, the juvenile, and his friend after Khajuria was initially unsuccessful in strangulating her. They held her down by pressing their knees on her back and strangulated the life out of her little body with a dupatta. They bludgeoned her head just to make sure she is dead.

The crime speaks of unimaginable horrors. The barbarity and violence meted out to an innocent child have shaken the country to its core. The act reminds of many such incidents that make one question what has happened to human emotions and compassion. Recently in Assam, a class 5 girl was raped and burned alive. There was baby Falak, all of 2, who was beaten and assaulted so badly that it fractured her skull and broke almost every bone in her body.

Sadly, the shame and barbarity do not end at the crime itself. As if the gruesome rape and killing of an innocent child were not enough of a blot on the conscience of the society, there are elements now trying their best to gain political momentum from the case.

No sooner than the media attention fell on the case, there came rampant politicisations and attempts to bring in the age-old communal angle. The charge sheet states that the girl’s rape and killing were planned to be a ‘lesson’ to the nomads who reportedly face adversity from some of the locals. That might be the case, but the way certain individuals are now painting it, it exposes the filthy, exploitative mindset of a section of the society. 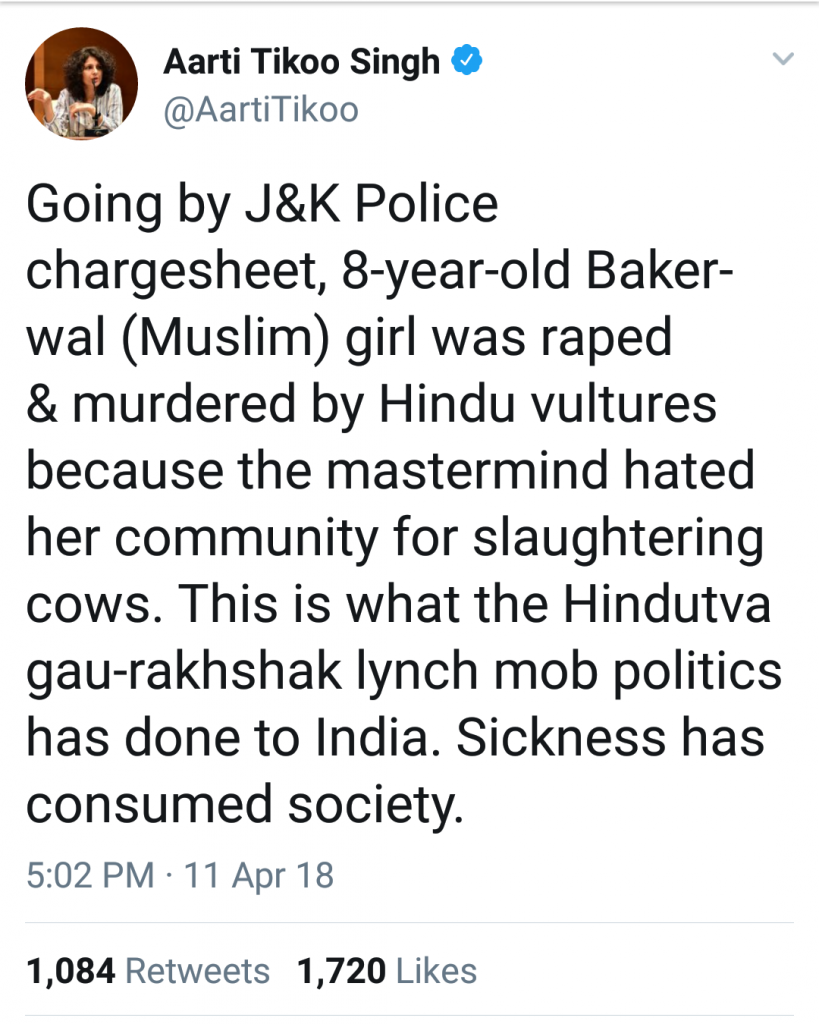 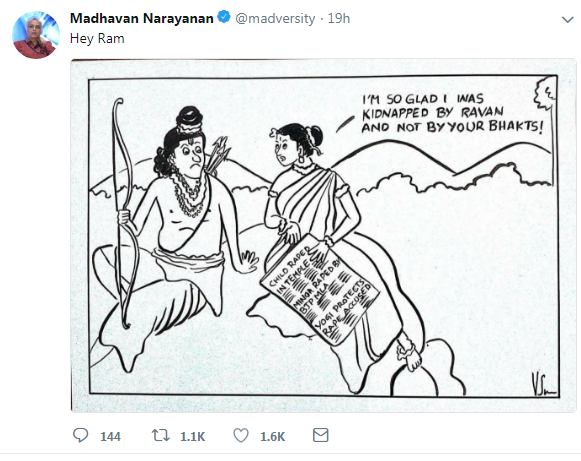 We see self-proclaimed intellectuals and crusaders discuss the religion of the victim and perpetrator rather than talking about the bestiality of the crime. Of what happened to that little girl. The pain she suffered. And what we need to do as a society to stop this from happening again. The sheer irony of it is the only thing more unfortunate than the society’s misplaced intentions.

The media has also shamelessly revealed the identity of the victim. A criminal offence and an ethical breach of massive proportions. It almost seems like a portion of the society has turned into vultures, waiting for a dead body to feast upon.

While a section of the media is doing what it does best, there are some elements who have also tried to sugar coat the heinous crime because of religious, tribal or political compulsion. That is perhaps as despicable as the crime itself.

There should be no explanation, no excuses and no logic for rape and assault. Any attempts to explain and attribute becomes even more unforgivable when the victim is a child, a child who did nothing to deserve it, a child who often doesn’t even understand the violence done to it. Unfortunately, in the society’s haste to offer justification and explanations, it is the victims who are often forgotten and their pain and suffering get stacked beneath a long load of political games and media debates.

The 15-year-old rape victim of Kunduli, Odisha killed herself after a long ordeal. Many cases of rape often see criminals going unpunished for years. The kind of turns the Kathua case is taking, one can only guess how long it would take before justice is delivered to the people behind it.

The time, energy and resources spent on the political blame games and media debates is astonishing. One wonders, if only a fraction of it was spent on finding and mending our own fault lines and strengthen our systems, will there be as many tragic stories as there are now?

The eight-year-old girl will never speak, laugh or graze her horses again. The least we could do as a society is to try and make sure no children are harmed on our watch. Sadly, we are more worried about the gods they were supposed to worship and whether their tragedy can help our agenda. We seem to be a long way from redemption.