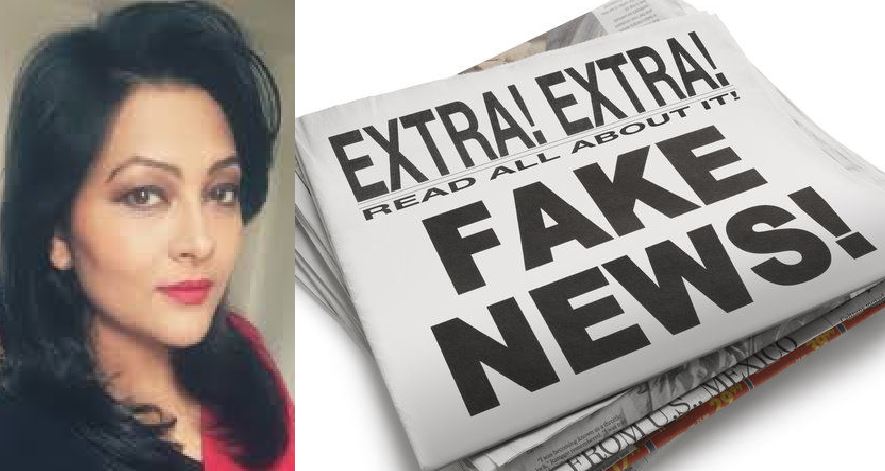 Arfa Khanum Sherwani, a journalist know for her hitjob on Sri Sri Ravishankar posted a tweet claiming that BJP MP and minister Babul Supriyo had threatened to skin Muslims alive. Sherwani did not attach any video evidence along with her claim and made a wild allegation. She retracted her statement partially. The archive of the tweet sharing fake news can be found here and the retraction can be found here.

One of the replies to the Tweet asked her for evidence.

There were two-three miscreants belonging to the TMC who were trying to create panic. They were shouting slogans against me while I was trying to meet the victims. I stopped my vehicle when I saw two elderly women weeping. They wanted to meet me and were talking about police inaction in the area… The miscreants pushed away from the women… The police should have driven away from the miscreants but targeted me instead. If I said ‘chamra guthiye debo (will skin alive)’, it was out of pure anger targeted at those miscreants.

As the local MP, it is my responsibility to stand by the people who are in trouble, but the police, without any reason, stopped me from meeting them. Since morning, I have been trying to call up senior police officers and district officials, but they don’t have time to meet me. The Rapid Action Force surrounded me as if I am a criminal. When people want to share their plight with me, how can you stop me? As a minister, if the police tell me not to enter an area where prohibitory orders are in force, I will not break the law. Law and order is a state subject. I respect that, but this is not acceptable.

Babul Supriyo was booked for violating prohibitory orders under Section 144 and assaulting an officer.

In the full video of the incident, it can be seen that seconds before Supriyo uttered his controversial remarks the police had said – “Sir even I can raise my hand. Even I can hit you” (2:29 onwards) 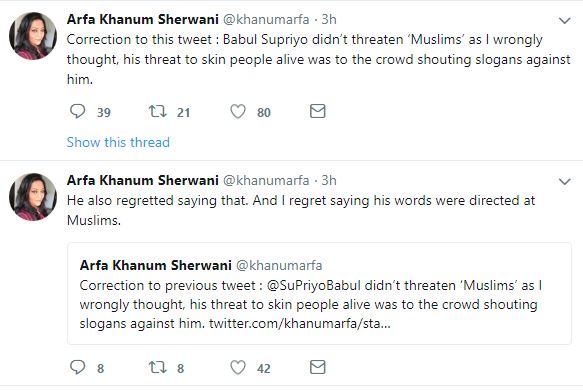 Recently, Mahesh Hegde of Postcard news had been arrested for posting a tweet with fake news that had communally sensitive content. It remains to be seen if any action will be taken against The Wire journalist.