‘Liberals’ seem to have got the definition of ‘dissent’ all wrong 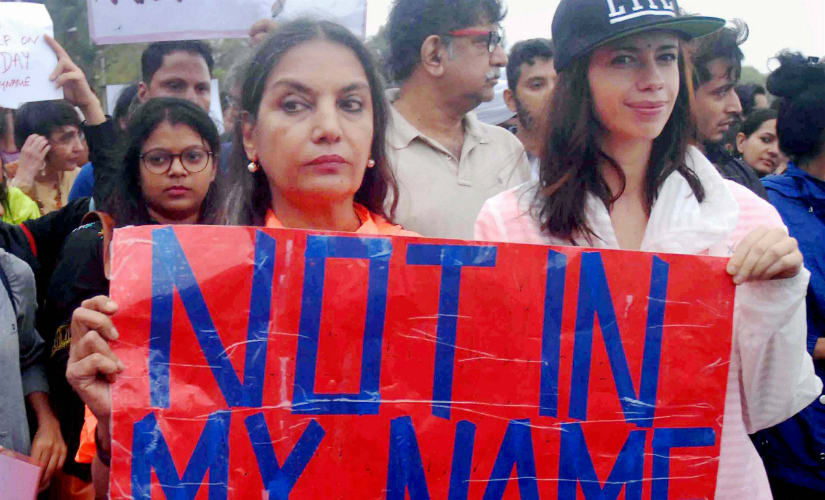 The rent-a-cause protest industry in India works with amazing alacrity in a very well planned manner and clockwork precision. The modus operandi is to manufacture an issue, create national outrage and move on to next lie before facts emerge. Outrages by this industry come with a limited shelf life. So, one may wonder, what does this serve if it’s not being followed till its logical conclusion. Well, for one, it can’t be, because the outrage is founded on shaky grounds, a bunch of lies. Two, they don’t care about the issue or victims. All they care about is, to add to the narrative. Create a controversy where there is none, bolster the narrative, move on and allow the controversy to die its natural death before facts can counter.

Church attacks, award wapsi, intolerance are all part of this game. There is no substance, but it adds to the narrative. The narrative, that in Modi’s era, there is no space for dissent. And while on dissent, a recent event, naturally lapped up by this industry has gained particular prominence. The arrest of 5 people by Pune police with suspected Maoist links, who have been charged with instigating the Koregaon violence.

So let’s discuss what can be classified as dissent in a democracy. A customary look at dictionary tells me, holding an opinion or expression that is at variance with those commonly or officially held, refusal to accept doctrines and so on are some of the common definitions of dissent.

In view of this, let’s look at some examples of what is not dissent.

All of the above is punishable under Indian law. So if none of these is dissents, then what is? Intellectuals of my country would like me to believe otherwise.  Let me try and cite a few examples. We all know what happened to these dissenters. You see, activists are not totally wrong when they say, there is no space for dissent. Just that, they have got the regime wrong.

Unfortunately for comrades, their overground workers aka journalists and think tank intellectuals, India is still a functioning democracy, ruled by established law and constitution. The same constitution, which fellow comrade Namboodiripad asked them to wreck from within, the same law books which outlaw seditious activities. Sorry comrades, till the time we are not ruled by Mao’s books, storing Gelatine sticks in India won’t be termed as a dissent. Good luck for revolution.