Although one rule was relaxed, several other rules restricted visit to the island and John Allen Chau knowingly violated them 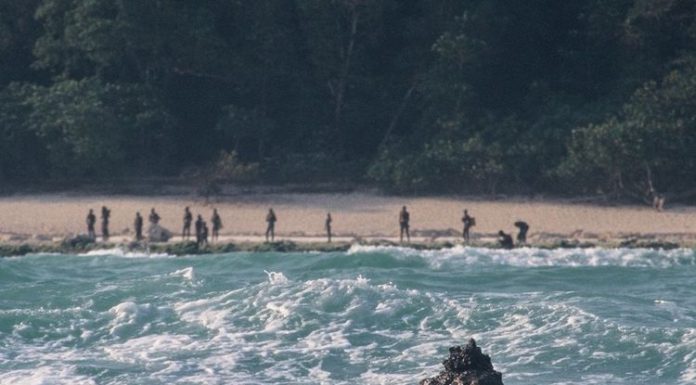 An American Christian Missionary and adventurer named John Allen Chau was killed by people belonging to endangered Sentinelese tribe in the North Sentinel Islands in Andaman and Nicobar between 16 and 17 November.

The aboriginal tribe living in the island resist any attempt to be contacted by outsiders and have a history of attacking and killing people going near them with bows and arrows. Access to the island and any attempt to contact the people there are restricted by various rules and regulations of the Indian government. Chau knew it was illegal to go there without permission, that’s why he went there in the night with the fishermen he had hired for the job.

But reporting on the matter, several media houses have reported that Chau didn’t break any rule because the Restricted Area Permit rule was removed from 29 islands in the Andaman and Nicobar Islands including the North Sentinel Island. India Today reported that “victim Chau apparently did not commit any illegality when he entered North Sentinel” due to this relaxation”. News18 claimed that relaxation of this rule may have led to the death of the ‘tourist’.

The same claim was made by several reports, which was amplified on social media. But the fact is, this assertion that John didn’t violate any rules is wrong, he did violate several rules and regulations while trying to establish contact with the Sentinelese people in an effort to induct them into Christianity.

While it is true that the Restricted Area Permit (RAP) regime was relaxed from the North Sentinel island by the government of India in June this year, it does not mean all other rules and regulations governing access to various areas in the islands were also removed.

Through circular no 506 dated 29th June 2018, the ministry of home affairs had removed the RAP requirement from 29 inhabited islands and in the Andaman and Nicobar, and the North Sentinel island was in this list. But the same circular had also stated that other restrictions for visiting various places in the islands will continue as before. Section 2 (VII) of the circular said that “separate approvals of the competent authority continue to be required for visiting Reserve Forests, Wildlife Sanctuaries and Tribal Reserves as is the case at present”.

After the circular was issued, the government had issued further clarifications regarding the regulations that remain in place despite the relaxation of RAP requirement. It said that “in case of foreigners visiting A&N Islands and wishing to access the tribal reserve, the Deputy Commissioner (South Andaman) shall refer the application to Principal Secretary (Tribal Welfare) for prior approval of the Administration”. This means prior approval is needed to visit the tribal areas in the islands.

In the statement issued by the Andaman and Nicobar Islands Police after the incident, it is clearly mentioned that “access to North Sentinel Island and its buffer zone is strictly restricted under Protection of Aboriginal Tribe (Regulation), 1956 and Regulations under Indian Forest Act, 1927.

Official statement from Andaman Police about the murder of a US citizen by tribals. pic.twitter.com/2qihzLmhrf