Missionaries were unable to provide any document showing that they had required permissions for the event. 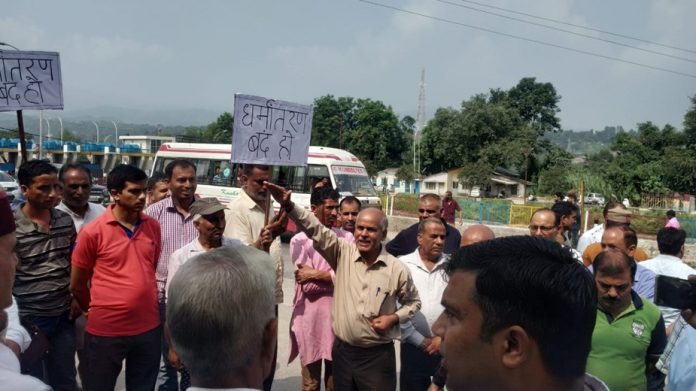 The Vishwa Hindu Parishad (VHP) has protested against a ‘prayer meeting’ organized at a private guest house in Sunder Nagar district in Himachal Pradesh alleging that the meeting was used for the purpose of religious conversion. They chanted slogans of ‘Christian Missionary Go Back’ following which the atmosphere became tense.

The Police were informed of the matter who then brought the situation under control. The circumstances led to a confrontation between the VHP karyakartas and the Police. The Nayab Tehsildar of Sunder Nagar reached the site of the protest as well. He asked for the documents that showed that the Missionaries had the required permission for the event. However, the Missionaries were unable to provide it following which the event was stopped.

The Christian Missionaries, however, denied that religious conversions were being organized at the event. The organizer of the event Amar Singh said that the event was just like other prayer meetings that are held by other religious preachers. He claimed that people only hear from the religious scriptures in such events.

People were reportedly anguished over the matter of religious conversions. Karyakartas from other Hindu organizations such as the RSS and Bajrang Dal, too, have demanded that the local administration keep an eye on such events held in the future and also demanded that people who have converted to other faiths change their names and give up facilities they receive from the government as well.