Yesterday, Pattanaik had yet again displayed similar derangement by calling another woman 'chudail'. 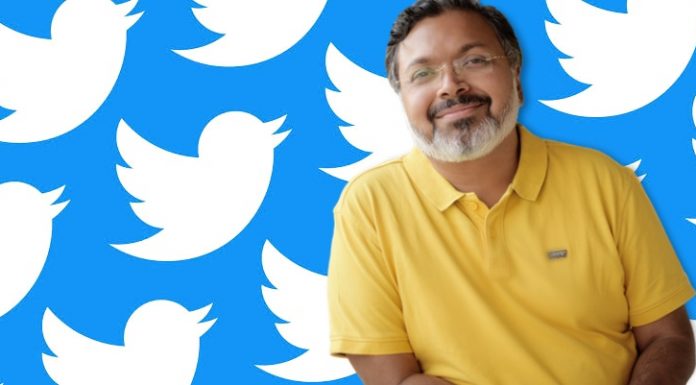 The micro-blogging site, Twitter which had earlier conceded to its left-leaning bias and had recently vexed several of its users by displaying its selective targeting based on ideology has now said that an abusive author, Devdutt Pattanaik hurling abuse at a woman and calling her a ‘bitch’ does not violate its conduct rules.

So Twitter has received a complaint from people who threaten to kill me 😱🤣🙄 because I described them correctly pic.twitter.com/3UUqiDTY82

The abusive troll today took to Twitter to call a woman named Kanchana Premkumar ‘bitch’, for simply pointing to him the difference between a ‘lungi’ and ‘veshti’ (a Tamil outfit).

The ‘mythologist’ Devdutt Pattanaik, however, did not stop there. After being called out for his horrid mindset, he posted a Tweet defending his act. In his defence, he equated his scornful comment to ‘Sarama’ a mythological being referred to as the female wolf of the Gods. 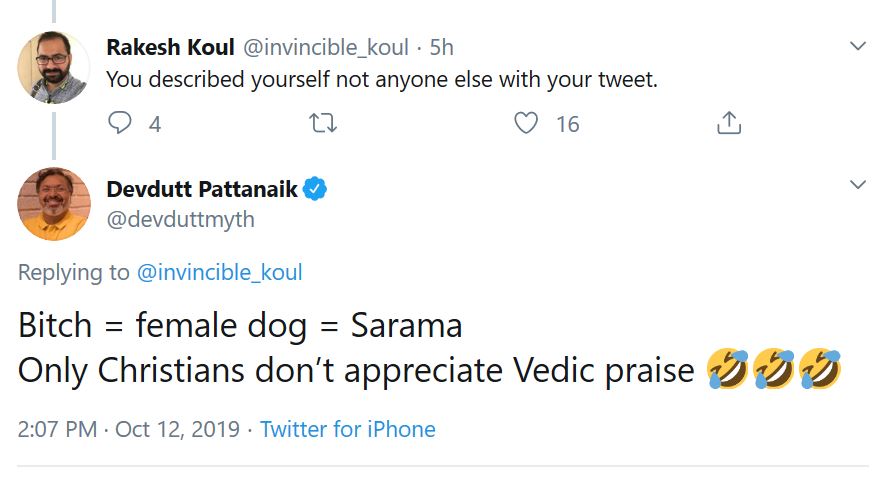 This sought of trifling behaviour is something which is very much expected from the author who has several times in the past resorted to using language that could only ever be construed as evidence of his deteriorating mental health.

Recently, Devdutt Pattanaik had displayed similar derangement by hurling abuse at another woman and calling another woman ‘chudail’. It is rather uncouth and vile to call a woman ‘chudail’ (witch) for a mere difference of opinion, but it is very much expected from a person as brainsick as probably Pattanaik is.

As it so happens, it’s not the first time that Pattanaik has had a meltdown on social media. During the Padmavat controversy, the author believed it was a good idea to demonize the men of the society in which women performed Jauhar to avoid being defiled by Islamic barbarians. He accused Hindus who understood and respected the motivations of the women who performed Jauhar of being ‘marital rapists’ and claimed they just liked burning women.

Apart from his atrocious conduct on social media, his work has been criticized heavily for errors, manipulations and outright lies. He has been accused of misinterpreting Sanskrit texts and many believe he does so on purpose to peddle a particular version of Leftist political ideology.