NJUS students told Derek O'Brien that although they recited the preamble, it does not mean they are part of anti-CAA-NRC protests, and they don’t want to be associated with the narrative of Tukde Tukde Gang. 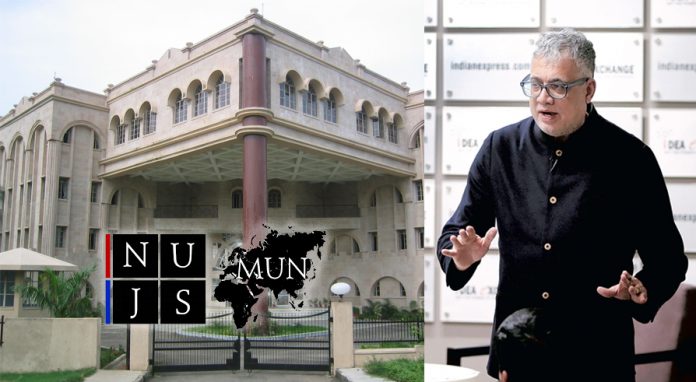 Trinamool Congress continues to use students for its politics against the Modi government, and West Bengal governor Jagdeep Dhankhar. After assaulting BJP leaders and the governor at the Jadavpur University, the ruling party in the state brought its divisionary politics to the National University of Judicial Sciences (NJUS) in Kolkata.

On Thursday, a prestigious event, the ‘International Model UN’ or MUN, started in the University, where TMC leader Derek O’Brien was invited as the chief guest. Governor Jagdeep Dhankhar was also invited to the event, but his invitation was revoked by the organisers of the event. The student body had taken the decision after few students had sent them a strongly worded mail asking for the cancellation of the invitation to the constitutional head of the state for his pro-CAA and pro-NRC views. Although less than 50 students had signed the letter in the university with more than 600 students, the NUJS MUN Society had agreed to their demand.

But according to reports, now students are divided over that decision, and the university administration is also not happy with the decision. A group of angry students told media, “Just 45 students out of the total of 600 took the call. There was no general body decision on it. This is undemocratic.”

It is important to note that the 45 students who opposed the presence of governor at the event are also part of the MUN organising committee, while a large section of Students’ Juridical Association didn’t agree with them. As a result, the Association members didn’t attend the opening ceremony. A student leader said, “We are yet to take an official stand on the issue. We are totally shocked and embarrassed. This has brought the entire university into disrepute. You may disagree with the governor’s position on CAA but can you “uninvite” him?”

According to sources, only a small section of students from NJUS attended the opening ceremony, and the auditorium was filled with people from outside the university. Although later the students partticipated in the other programs of the MUN.

Faculty members also stayed away from the event, although they said that as classes were suspended due to the MUN, they didn’t attend the university. The Vice-Chancellor said that he was completely in dark about the decision to ‘uninvite’ the governor.

In the opening ceremony, Derek O’Brien continued with his anti-CAA and anti-NRC rhetoric in his speech. He also got the students to recite the preamble of the Constitution, which is being used in anti-CAA-NRC protests by the opposition parties.

O’Brien posted the audio recording of the same on Twitter, saying that the Tukde Tukde Gang list got longer, implying that the students of NJUS are now with TMC against the union government. He took the students reading the preamble in chorus as a big achievement for him, saying that it is more news for Narendra Modi and Amit Shah.

But students of NJUS were not happy that they were dragged into politics like this by the TMC MP. They replied to Derek strongly objecting to his tweet. They said that although they recited the preamble, it does not mean they are part of anti-CAA-NRC protests, and they don’t want to be associated with the narrative of Tukde Tukde Gang.

Some students also noted that Derek O’Brien misused his authority as the chief guest of the event, as students were not informed that their words were being recorded and it will be made public on social media, saying that they didn’t give their consent for the same.

Students also informed him that majority of students in the auditorium were not from NJUS, but outsiders, which means an entire NJUS has not become the part of Tukde Tukde Gang as the MP was proudly claiming.