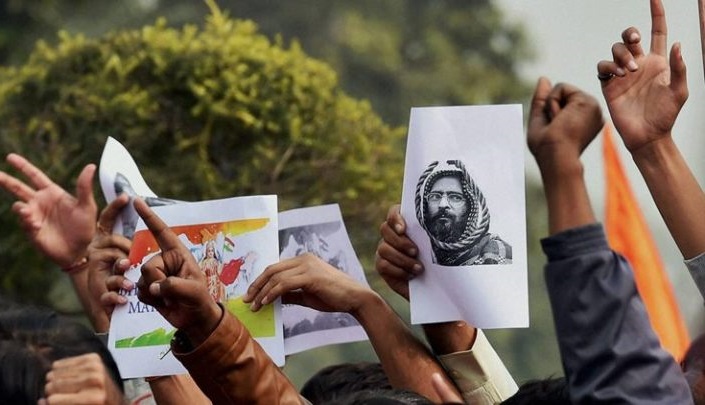 Indian liberals have been actively at play in the mainstreams of politics, media and art for decades since independence. Their character, shaped by the aristocratic foothold they enjoyed over the years, has changed considerably and thus the meaning of “liberalism” in India is no longer what a textbook might tell you.

With the rise of the social media, they faced some resistance, but they soon discovered how to “game” this platform as well. From selective “blue ticks” (in the beginning on Twitter) to using their foothold in mainstream media to promote “favourable” social media handles, such as selected stand-up comedians, they know the art of keeping hold on narrative and perception.

This unchallenged power has given rise to an army of the pseudo-liberal talking heads and their cheerleaders. It is not easy to speak against them, but it is easy to identify them.

Let us see how you can recognize them in the crowd with some special characteristics they possess.

Note: If you are reading this and have ever been name-called as an anti-national/sickular or even an Aaptard, please oblige this piece of work with patience and perspective.

Common symptoms of an Indian pseudo-liberal:

The Indian liberal masquerades under the hood of being “neutral”. Well, in a country whose major political opposition figures are reduced to theatrical caricatures like Rahul Gandhi and Arvind Kejriwal, what else can one afford to do?

Secondly, it is easy appear neutral if you love Red colour and all the choices you have are shades of Red.

When pointed out this lack of neutrality, they usually dismiss your critics as “whataboutery”, but when suffering from rare pangs of honesty, they may justify their bias by saying that the incumbent government deserves more outrage because they are in power.

But somehow this theory fails to see that Trinamool Congress (TMC) is in power in West Bengal, Left Democratic Front (LDF) is in power in Kerala, Aam Aadmi Party (AAP) is in power in Delhi, and so on and so forth. There have been communal riots in TMC’s West Bengal, ideologically motivated daylight murders in LDF’s Kerala and an agriculture crisis in AIADMK’s Tamil Nadu in the recent past.

Try to recollect the outrage, contempt, or activism you saw from the so-called Indian liberals over such issues and against the people in power. You get the disguise?

Yes exactly. They are never happy.

They will share/rant endlessly about the issues with the current state of affairs, the ones which have been long withstanding, the ones which can’t be solved overnight, but somehow they know that there is only one reason why these problems exist – presence of people who are not like them.

Mind you that they won’t provide a practical alternate solution to the issue at hand. The only solution they have is to protest against and demonize “the other” – the not so enlightened who are not like them.

For example, if you spot a social media post offering practical alternatives without hyper ventilating, you can safely assume that the person is not your typical “liberal”. It’ll be a rarity to spot even a few approving articles or social media posts with constructive argument/opinion directed towards the policies or problems.

They’re just here to outrage. Just outrage, call names and have a hearty laugh (while being deeply distressed about problems).

After all, who wants to get into “serious” stuff after you spot a nice rib-tickling troll on cow vigilantism and rising “Hindu terror”?

Many of such liberals had threatened to leave India if Narendra Modi became the Prime Minister. They did not want to live in a “Hindu India”. And they are not living in one, they are living in denial.

They deny that people like Narendra Modi or Yogi Adityanath can represent the people of India, despite winning huge mandates.

They deny that there is extremism among Muslims in India, or that Kashmir issue is about Islamic extremism.

They deny that they themselves are intolerant bunch who are not open to dissenting views, and who would trample of the freedom of expression of dissenters on the first possible opportunity. Labeling someone “troll” and “bigot” to silence them is just one of the tools they employ. They have tried to take away jobs of those who disagree, and they give intellectual cover to those who kill in Kannur and Dantewada.

They deny that they can ever be wrong.

We, as a country of more than five thousand years of culture of assimilation and mutual respect, are strong enough to tolerate the conveniently twisted pseudo-liberal views, which doesn’t allow assimilation or respect for the tradition.

However, this tolerance will be ill conceived if the “liberals” go on an unjustified tirade with a vile agenda, similar to the one which broke our country into pieces several decades ago.

cTherefore we must identify the pseudo-liberals and keep an eye on their agenda, with a hope that the real liberals take control and save “liberalism” from becoming a bad word for good.