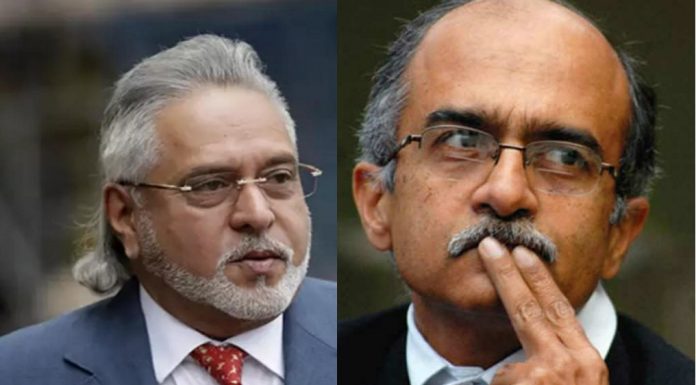 The Westminster Magistrates’ Court in London on Monday accepted the request of Government of India to extradite liquor baron Vijay Mallya to India. Government of India had requested for extradition of the fugitive businessman in 2017, and after extensive written and oral submissions made by both Indian government and Mallya, the court decided that there is no merit in accusations made by Mallya Indian government about unfair trial, and ordered that the proceedings for his extradition to India may be initiated by the UK government.

Just within a week of extradition of AgustaWestland deal middleman Christian Michel from Dubai, this has come as a big boost for the Modi government. But there is another big victory for another person hidden in the judgement, the CBI special Rakesh Asthana. The London court has made very crucial comments about CBI and Asthana which may have far-reaching implications on the CBI vs CBI case that is going in Supreme Court of India.

Like the Christian Michel case, the Vijay Mallya case was also handled by the special director. During the hearing in the case, one of the main allegations raised by the Mallya’s defence was that Rakesh Asthana is a corrupt officer, and that he actions against Mallya were politically motivated. These were serious allegations, hence the court went into the detail of the same. If found true, the court may not have allowed the extradition. But the observations made by the judge about Asthana in particular and CBI and ED in general are very significant.

Referring to the allegations made by Mallya against CBI and Rakesh Asthana, the court noted said, “I found no evidence that the prosecution was corrupt or politically led”.

One of the prominent persons to question the CBI’s integrity was Professor Lawrence Saez from School of Oriental and African Studies. The defence team had engaged Professor Saez for his expert opinions about the case. Saez had said that there were allegations of corruption against Rakesh Asthana before his elevation as Special Director of CBI. He had also said that CVC had opposed Asthana’s appointment as special director, which was factually incorrect as it was CBI director Alok Verma who opposed Asthana’s elevation, not CVC. The professor had made the allegations against Asthana on the basis of a petition filed by NGO Common Cause against Asthana’s appointment.

Although Professor Saez made serious allegations against Asthana in support of Vijay Mallya, his arguments fell apart during cross-questioning. He accepted that the committee that appointed the CBI special director did not find any proof in allegations against Asthana, and that even the Supreme Court of India had cleared his appointment. He had also agreed that he made his comments based on media reports.

Giving the findings in the case, justice Emma Arbuthnot writes, “I find that there is no evidence that Mr Asthana has acted corruptly. I noted the Supreme Court cleared Mr Asthana of the allegations made against his integrity and there was no reliable or significant evidence produced by the defence expert Professor Saez which undermined that finding”.

It is important to note that one of the arguments used by Mallya’s defence team was that CBI special director Rakesh Asthana is corrupt. And his defence team was using allegations made by Common Cause, which had filed a petition against his appointment. This means this NGO, where activist advocate Prashant Bhushan is in governing council, was directly helping Vijay Mallya in his case against the extradition request. First, they supplied arguments against the extradition request to Mallya’s team, making allegations against Asthana which were already rejected by Supreme Court. After that, they filled an additional affidavit in Supreme Court saying that Asthana’s elevation was hampering the case against Mallya as Mallya’s team was using the allegations made by themselves against Asthana. Now the London court order has fully exposed the Prashant Bhushan and his team, as they are targeting Rakesh Asthana who led the case against Vijay Mallya, and Mallya’s team primarily targeted Asthana in their defence.

The entire left-liberal ecosystem in India was attacking CBI during the Mallya’s trial in London. They had argued that CBI was deliberately weakening its case against Mallya. Leftist propaganda website The Wire had argued that CBI was not following proper procedure in the case. Quoting Prashant Bhushan, they had alleged that CBI was helping Mallya by presenting a weak case. As a proof of its allegation, Wire wrote that Asthana was seen shaking hands with Vijay Mallya. Asthana and Mallya are not personal enemies, and it is not unusual to exchange pleasantries with opponents, legal or political. But the fact is that Mallya’s team was attacking Asthana to escape extradition, while the CBI was fighting its case very strongly, which has been confirmed by the judgement.

The judgement reveals that there was no truth in those allegations of left liberals, and by criticising the CBI officers as being politically motivated and biased, they were actually actively helping Vijay Mallya in creating an impression that these accusations are actually true. But the judge saw through this conspiracy, and called the bluff of Mallya and his supporters back in India by asserting that the allegations against Rakesh Asthana are baseless.

As the CBI vs CBI comes up for next hearing in the Supreme Court, it will be interesting to see what impact the comments of justice Emma Arbuthnot will have on the case.