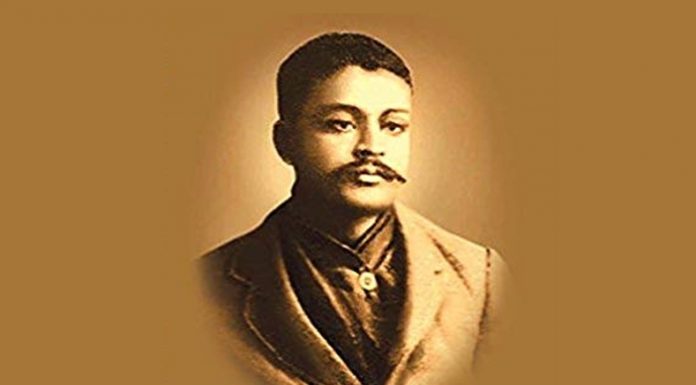 India owes its independence not just to Gandhis and Nehrus but to a legion of unsung heroes who sacrificed their everything to see India free from the clutches of British imperialism. Today, February 7, is an opportune day to recognise and honour one such unsung hero of our independence struggle- Sachindra Nath Sanyal. It is his 77th death anniversary today, who not only pioneered the armed resistance against British inequities but also inspired and mentored a generation of Indian youths to fight against the British hegemony.

Originally hailing from Bengal, Sachindra Nath Sanyal was born in then North-Western Province in the city of Benaras in 1893. Right from an early age, Sanyal was known for his maverick views and revolutionary ideas. At the age of 20, he opened a branch of Anushilan Samiti in Patna. Anushilan Samiti was a Bengali Indian organisation that existed in the first quarter of the twentieth century and expounded revolutionary violence as the means to end the British Raj in India.

Sachindra Nath Sanyal played a pivotal role during the Gadar party conspiracy. It was an anti-British mutiny modelled on the great uprising of 1857. The plot started taking shape at the onset of the First World War, between the Ghadar Party in the United States, the Berlin Committee in Germany, the Indian revolutionaries underground in British India. Large scale arms and ammunition were expected to smuggled into India to initiate a pan-India anti-British uprising. However, due to coordinated intelligence input and spy network, the Britishers got wind of the movement and they repressed the movement in February 1915. Central figures were arrested, revolts in smaller units and agitated armed groups within India were also crushed. Sanyal went underground to escape British action and to continue the freedom struggle.

Sanyal, however, was caught and sentenced to jail in the Cellular prison in Andaman & Nicobar Island. There he wrote his famous book titled Bandi Jeevan (A Life of Captivity, 1922). He was briefly released from the jail since then. The agony he endured in prison did not deter him from continuing his subversive activities after his release from the prison. Following the end of Non-Cooperation movement, Sanyal, Ram Prasad Bismil and other revolutionaries founded the Hindustan Republican Association in October 1924. He was the author of the HRA manifesto, titled The Revolutionary, that was circulated in North Indian cities on 31 December 1924.

During the period between 1920-1924, Sanyal and Mahatma Gandhi engaged in famous debates published in Young India about the means of achieving freedom from the British. Sanyal argued against Gandhi’s non-violent approach and argued that to free India, Indians need to respond to the British in their coin. Sanyal held firm Hindu beliefs, although some of his followers embraced Marxism and opposed religions.

His thoughts and ways of achieving liberation from British inspired youths across the country. Some of his celebrated proteges were Chandra Shekhar Azad and Bhagat Singh who continued to employ his methods to take on the British might. Bhagat Singh evidently cited Sanyal’s beliefs in his book ‘Why I am an Atheist’. Jogesh Chandra Chatterjee was also a close associate of Sanyal. A Congress supporter, Maulana Shaukat Ali provided Sanyal with weapons. Another Congressman, Krishna Kant Malaviya, who didn’t share the same zeal for non-violent methods as Mahatma Gandhi, also supplied Sanyal with weapons.

Sanyal was once again incarcerated in 1925 and sent to the Cellular prison in the Andamans for being allegedly involved in Kakori conspiracy. His ancestral home in Varanasi was seized by the British authorities. Sachindra Nath Sanyal died while serving his second term in cell prison on February 7, 1942. He was forced to live in an environment infested with tuberculosis and soon he contracted with tuberculosis infection in the captivity at the Andaman prison. He was transferred to Gorakhpur prison during the final phase of the infection, where he subsequently succumbed to the disease.