When PM Modi said that only 1.5 crores pay income tax, he was not lying or giving a much less figure as alleged. In fact, he had rounded up 1.46 crore to 1.50 crore. 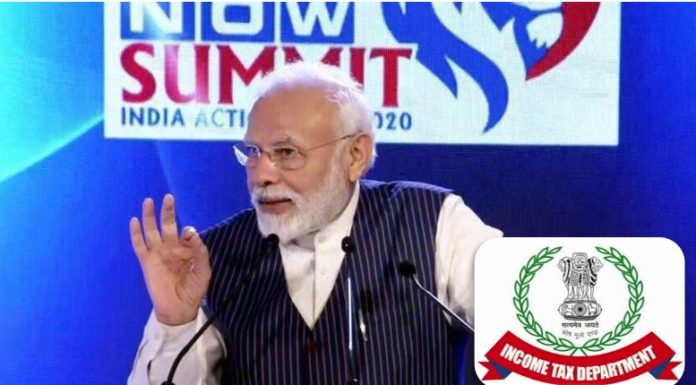 Yesterday prime minister Narendra Modi made some comments about income tax payers in India which was attacked by may left-liberals claiming he was giving false numbers. Speaking in Times Now Summit 2020 on 12 February, PM Modi had said that in a country of 130 crore, only 1.5 crore people pay income tax.

Eager to prove that the prime minister was lying, usual suspects started claiming that the actual number of taxpayers is much higher as per the government’s own data. A report published by PIB in October was cited by them, which had said that the number of returns filed had gone up from 3.31 crore in 2013-14 to 5.44 crore in 2017-18. Therefore, the number of people of who paid tax was 5.44 crore, and not 1.5 crore as Modi said, they claimed.

Most people accusing Modi of lying assumed that the number of people who filed income tax return equals to the number of people who actually paid Income Tax. They forgot one basic fact that everyone who earns income is required to file income tax returns, but not all of them are required to pay tax. People need to pay tax only if their income is above the minimum slab in the income tax for a year, and a large number of file returns with zero taxable income as per the slab.

To dispel the false allegations of fake data against the PM, the Income Tax department has issued clarifications saying that the numbers given by Modi were correct. In a series of tweets, the tax dept said that in the financial year 2018-19, 5.78 crore individuals had filed income tax returns. Out of them, 1.03 crore people showed income below Rs 2.5 lakh and 3.29 crore people disclosed income between Rs 2.5 and Rs 5 lakh. This means out of total 5.78 crore returns, 4.32 crore declared income below Rs 5 lakh. The budget in 2019 had exempted taxpayers with up to Rs 5 lakh income from paying tax, therefore, these 4.32 crore people were not required to pay any tax on income. As a result, only the remaining 1.46 crore actually paid income tax.

So, when PM Modi said that only 1.5 crores pay income tax, he was not lying or giving a much less figure as alleged. In fact, he had rounded up 1.46 crore to 1.50 crore.

Earlier, another baseless allegation was made against Modi regarding the same speech. Talking specifically about professionals, Modi had said that only 2200 professionals like lawyers, doctors, Chartered Accountants, Bollywood stars etc declare income of more than Rs 1 crore. But several pro-Congress journalists had deliberately misinterpreted him by saying that he said the number of people declaring income above Rs 1 crore is 2200, while the real number is around 1 lakh. They had deliberately ignored that Modi was only talking about professionals, and not overall taxpayers. The I-T dept said that only about 2200 professionals such as Doctors, Chartered Accountants, Lawyers others have disclosed annual income of more than Rs 1 crore from their profession, therefore the number given by PM Modi was absolutely correct.

The department also informed that around 8,600 people have declared above Rs 5 crore, and around 3.16 lakh individuals disclosed income above Rs 50 lakh for 2018-19.