The particular stance of not meeting in groups of 20-women appears to be motivated in part by the distrust between the protesters themselves. 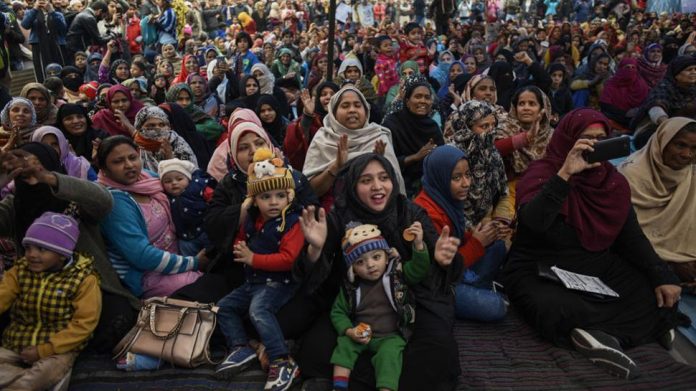 The terms set by the Supreme Court-appointed interlocutors for talks with the Shaheen Bagh protesters have been rejected by the latter. On Thursday, fake news peddler and Supreme Court lawyer, Sanjay Hegde and Sadhana Ramachandran had told the protesters that the terms and conditions of the talks will be decided by them. However, the condition for talks was not acceptable to the protesters.

The women at Shaheen Bagh have taken an objection in particular to Ramchandran’s suggestion that the women meet them in groups of 20. They say that there will not be any talks in groups. That particular stance appears to be motivated in part by the distrust between the protesters themselves. As reported by news agency ANI, one such protester, Mehrunisa, said, “There would be distrust among the rest who did not meet them in that particular group. Whatever they have to say, they should say it before all of us.”

“There would be no talks in groups. We are here with others. And we want everyone to listen to what others have to say, ” another protester Shakila Begum said. On being asked whether the women of Shaheen Bagh will agree to the conditions set by interlocutors of meeting them in groups and batches, she said, “Why? We won’t. We are here together. We have sat here braving the rains and cold. We won’t vacate. If they want to brief the court, they should do it about CAA and NRC.”

A 2-Judge Bench of the Supreme Court comprising of Justices Sanjay Kishan Kaul and KM Joseph directed senior advocates, Sadhana Ramachandran and Sanjay Hegde, to act as interlocutors and convince the Shaheen Bagh protestors to relocate to an alternative place. The order came at the backdrop of two petitions filed in the apex court, seeking clearance of Shaheen Bagh area and the Kalindi Kunj Road. It is notable here that lawyer Sanjay Hegde has been caught spreading fake news several times. After Twitter suspended his account, he had even stated that he will take Twitter to the international court.