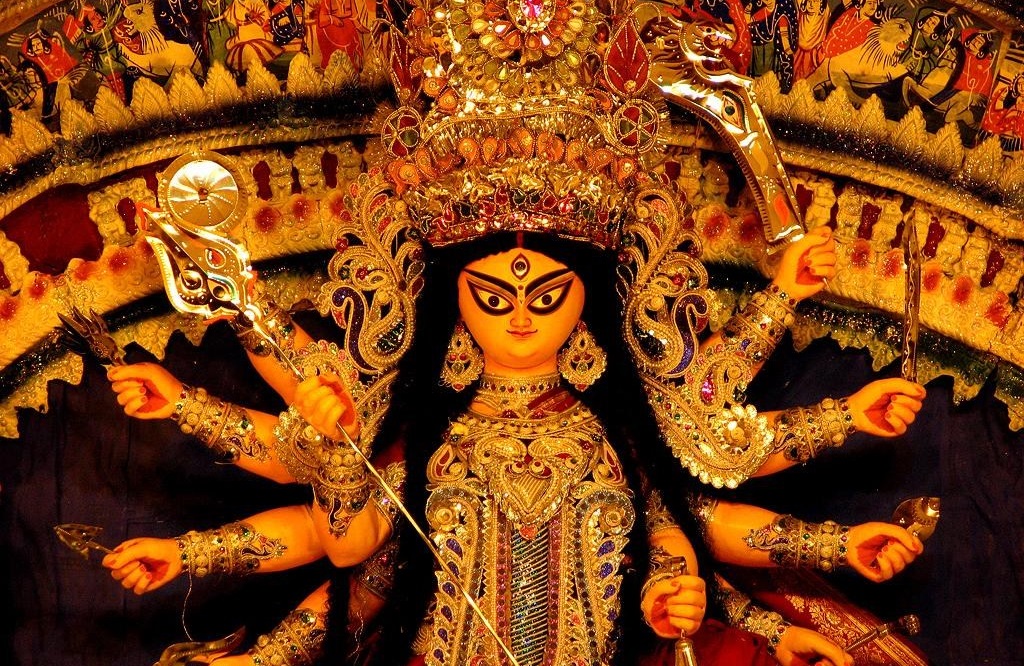 According to reports coming from Farukkhabad in Uttar Pradesh, unidentified miscreants have vandalised an idol of goddess Durga at late Monday night leading to tension in the area. This incident took place at a temple that is situated on the premises of the Ghodankhas police station.

A crowd gathered in the morning after coming to know about the incident and confronted the police. A few leaders of Hindu organisations too had arrived at the spot and slogan shouting started.

The crowd demanded suspension of all the police officials inside the station. Seeing the inflamed passions, the SP rushed to the spot and assured the people of action. Soon another idol of Maa Durga was established at the temple.

The temple in question contains three idols, one is Maa Durga’s, a Shivling, and one of Lord Hanuman. The idol of Lord Hanuman is reportedly protected by an iron gate but the Shivling and Maa Durga’s idols were merely protected by a half gate, which don’t even have a lock. This might have made it easy for the miscreants to carry out their action, though it does raise question on how an act of vandalism could take place inside a police station.

This desecration was first noticed by local resident Sanjiv Vajpayee who had come to the temple in the morning to offer puja. He brought the incident to other people’s notice including the head of the police station Dinesh Kumar Gautam.

Incidentally this police station has been a center of a communal dispute in the past. Initially there just used to be Hanuman temple inside the police station premises. But in 1984, a Muslim shrine or Majar was renovated to be used by devotees 10 feet away from the temple. At the same time, local people decided to put Shivling and Maa Durga’s idol too in the premises. A section of the people had at that time opposed the setting up of these idols, but the issue was resolved amicably.

Meanwhile a similar incident of vandalism has been reported from the Saria region in Giridih district in Jharkhand. A man named Sikandar Ansari has been arrested for entering a temple on Monday night and vandalizing ‘things’ present inside. This vandalism prompted some anger and a mob proceeded to set fire to a couple of poultry shops in the locality. Situation is now under control and 5 people have been detained in connection with rioting.