As a Scot, I agree with VP Venkaiah Naidu. Every country should preserve its culture and heritage 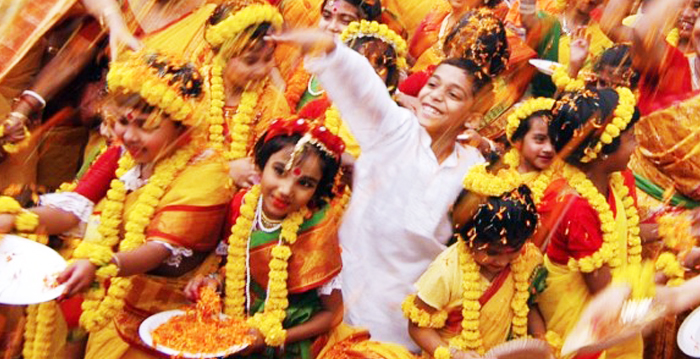 I read with interest Vice President Venkaiah Naidu’s remarks addressing the fourth convocation of the National Institute of Technology Goa reported by Press Trust of India on September 29, 2018.

Some sections of the media had quoted Naidu as saying “English is an illness left behind by the British” during a Hindi Day event held in New Delhi early this month.

“Britishers have left but they have created an inferiority complex. They have given the thought that Britishers are great, foreigners are great and we are nothing. We must come out of this mentality. We must feel proud of our heritage, our past and our great leaders of this country,” the Vice President added.

Naidu recalled that India never attacked any country, but it was “ruined” by invaders.

“They (invaders) ruled us, they ruined us. Not only they ruined us economically, but they ruined us mentally also. Some of the people are suffering from that disease,” he said. The Vice President insisted that Indians must get back to their roots.

In my opinion, as a ‘Britisher’, Vice President Venkaiah Naidu is absolutely right. There’s nothing I can do, as a British citizen about the colonial mindset to which Naidu refers, however, he says “Don’t forget culture. Don’t forget Indian philosophy.” And I couldn’t agree more.

Just look at the struggle we ‘Britishers’ have had to protect our own culture and language. In Scotland – our Parliament is supporting initiatives to preserve Gaelic and Scots languages. The Gaelic Language (Scotland) Act 2005 was passed as a first step to secure the status of the Gaelic language as an official language of Scotland with equal respect to the English language and to create a sustainable future for Gaelic in Scotland, against a background of declining numbers of those speaking Gaelic fluently. The Scottish Government’s Gaelic Language Plan came into operation in June 2010.

Scottish dialects are known collectively as the Scots language – ‘Doric’, ‘Lallans’ and ‘Scotch’ or by more local names across various dialect regions of Scotland. Various organisations promote the use of Scots in formal, informal and everyday use.

In Wales – there is real passion about the Welsh language which continues to thrive with nearly 20% of the population speaking Welsh. Various parliamentary acts (1993, 1998 and 2011) provide that English and Welsh’s languages have equal importance. ‘Cymraeg 2050’ a strategy announced by the Welsh Government in 2017, aims to increase the numbers speaking Welsh to 1 million by 2050.

In Ireland – there are long-standing initiatives to preserve and promote the Irish language. Údarás na Gaeltachta is the authority responsible to ensure that Irish remains the main communal language of the Gaeltacht (an Irish-language word for any primarily Irish-speaking region) and is passed on to future generations. Vast sums are being spent to protect and preserve our culture.

Naidu said “We have beautiful languages. We should always respect them. Try to converse within the family, society in the mother tongue.” That’s exactly what we ‘Britishers’ are trying to do in our homeland.

The example given by Naidu – “Let us give up the colonial minds. I have done some small-small changes in the Rajya Sabha. When any minister wanted to lay the paper on the table they used to say ‘I beg to table’. I said begging whom? I said we should say ‘I submit a paper or lay on the table’. ”Naidu is right – but this particular example simply demonstrates the use of archaic English in India, perpetuated by schools and authorities simply reprinting archaic English texts.

I remember talking to students in Mumbai, not so very long ago, and asking why certain phrases were still in common use.

They all had been brought up on Wren & Martin’s book – High School English Grammar and Composition or collectively, a series of English grammar textbooks written jointly by P. C. Wren and H. Martin.

These were written primarily for the children of British officers residing in India, and were widely adopted by Indian and Pakistani schools in the post-colonial era. The books were published in 1935, with a discussion on composition added later.

The content in the books is largely based on The Manual of English Grammar and Composition by J. C. Nesfield. Published by the ‘Britisher’ Macmillan in 1908.

The Vice President said there is nothing wrong in learning English or any other foreign language.

“You can learn as many languages as you want. You can learn Portuguese, Chinese, Russian, there is nothing wrong. We should discuss and debate in our mother tongue.” The key, however, for Vice President Venkaiah Naidu is to accept that English has official or special status in more than 75 countries with a total population of over 2 billion.

By most common estimates, around 750 million people speak English as a foreign language. There are 6,000 languages in the world today, and half of the world’s population speaks only 10 of them. English is the single most dominant of these 10.

The British Council has gathered many of the statistics relating to English: English is the main language of books, newspapers, airports and air-traffic control, international business and academic conferences, science, technology, diplomacy, sport, international competitions, pop music and advertising.

The ‘Britishers’ have not left. The British Council continues to do extraordinary work in India and offers a range of projects in arts, education, English language and society to audiences with Indian partners in cities all over India.

The educational publishing market in India is still dominated by British brands. Thankfully, Indian publishers are challenging the market in India with excellent English language material. If India can simply accept that English is important, and ‘get over’ the ‘Britisher’ attitude and embrace modern English – even American English, then the contribution that Indian people can make to the world on a truly global scale is absolutely unlimited – but not at the expense of India’s languages.

Naidu is right “We have beautiful languages. We should always respect them. Try to converse within the family and society in your mother tongue.”

I write this article from Edinburgh, Scotland, UK. We are book publishers, of many years standing, with alliances, friendships and associations with India going back for more than 30 years. From a British perspective, although I am Scottish, we are currently struggling, as a still United Kingdom, with the issues surrounding Brexit.

I, like the majority of Scots, am a ‘remainer’, but what we all must share and care about, and take pride in, is our culture and heritage.

Vice President Venkaiah Naidu’s vision has to be the right way forward.