Speaking to ANI, Trappier said that Dassault had prior experience of dealing with Congress and these statements by Congress President made him sad. He added that Dassault's first deal with India was in 1953 when Rahul Gandhi's great grandfather Jawaharlal Nehru was the prime minister. 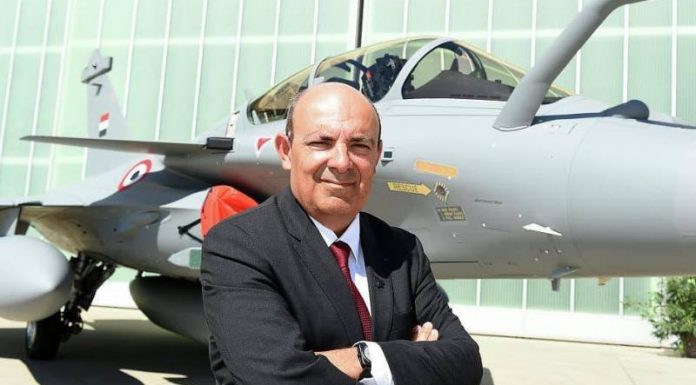 In an exclusive interview with news agency ANI, Dassault CEO Eric Trappier has rubbished all allegations put by Congress President Rahul Gandhi. Rahul Gandhi had alleged that Trappier had ‘lied’ about the details of the Dassault-Reliance Joint Venture for offsets as part of the Rafale deal.

Earlier in November, Congress President Rahul Gandhi had alleged that Trappier was ‘openly lying’ that Narendra Modi did not coerce his company to get into a joint venture with Anil Ambani led Reliance Defence as a partner for offsets.

“I don’t lie,” he said, adding that the statements he had made earlier are true. He said that in his position as a CEO, he does not need to lie. Trappier was responding to Rahul Gandhi’s accusations that Trappier was covering up for favouritism carried by Narendra Modi government towards Anil Ambani-led Reliance group. Gandhi had accused Trappier of lying that he was forced to invest Rs. 284 crore in Anil Ambani promoted the loss-making company to procure land in Nagpur.

Speaking to ANI, Trappier said that Dassault had prior experience of dealing with Congress. He also said that these statements by Congress President Rahul Gandhi made him sad. He added that Dassault’s first deal with India was in 1953 when Rahul Gandhi’s great-grandfather Jawaharlal Nehru was PM.

#WATCH: ‘Have long experience with Congress. Our first deal with India was in 1953 during Nehru, later other PMs. We are not working for any party, we are supplying strategic products to IAF and Indian Govt. That’s what is most important’ says Dassault CEO Eric Trappier #Rafale pic.twitter.com/9KwqFGsjGK

He added that they work with India, not with a particular political party. “We are supplying strategic products like fighters to the Indian Air Force (IAF) and the Indian Government. That is what is most important,” Trappier told to ANI.

On pricing issue, Trappier said that the present aircrafts are cheaper by 9%. “Price of 36 was exactly the same when you compare with 18 flyaway. 36 is double of 18. So, as far as I am concerned, it should have been double the price. But because it was government to government, there was some negotiation and I had to reduce the price by 9%,” Trappier explained. He added that the price of Rafale in flyaway condition is less expensive in the 36 jets contract than the 126 jets contract.

Speaking on the initial agreement with India’s state-run Hindustan Aeronautics Limited (HAL), he said that had the initial deal (under the UPA) went through, he would not have had issues working with HAL and Mukesh Ambani-led Reliance. However, since the deal didn’t go through the government of India had to reconfigure the urgently acquire 36 jets from Rafale.

In the last few days, HAL said they were not interested in being part of the offset, said Trappier. “So it has been done by my decision and the decision of Reliance to invest in a new private company,” he said.

Trappier clarified why Reliance, which has no prior experience was being chosen as an offset partner. He also said that Reliance is not getting the money directly. Dassault is a part of the Joint Venture in which they are putting the money.

“I put my know-how free of charge on how to produce people. I have engineers and workers from Dassault who are taking the lead as far as the industrial part of the deal is concerned. At the same time, I have an Indian company like Reliance who is putting money into this joint venture as they want to develop the country. So the company is going to know how to produce aircraft,” he said.

He explained Dassault held discussions with many corporates for offset tie-ups. “We could have gone to Tata or other family groups. At that time, the decision to go ahead was not with Dassault. We were in 2011, Tata was also discussing with other flying companies. We finally decided to go with Reliance as they have experience in big engineering facilities,” Trappier added.