Supreme Court’s non-commitment: Yet again, Lord Ram is forced to stay in exile this Diwali

The secular fabric of this country can only be protected if justice is delivered soon on this issue. The lackadaisical attitude of judiciary will only add problems as delay in the judgment clearly shows non-commitment of judiciary on such grave issue. 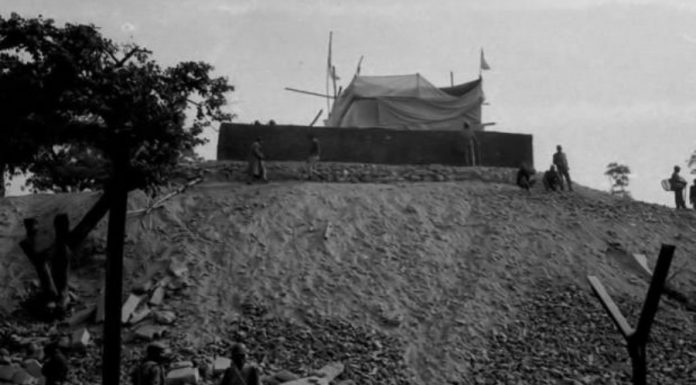 All eyes were on the Supreme Court, which was going to hear the title Ram Janmabhoomi case. Under challenge was the decision of the Allahabad High Court by which the disputed land on the Ram Janmabhoomi-Babri Masjid area in Ayodhya was divided into three parts. The biggest news correspondents and had gone this morning to Ayodhya expecting that today landmark judgment is going to be delivered which has shaped the political narrative of this country in the past twenty-five years. But yet again, this Diwali, Ram is forced to stay in exile as Supreme Court has adjourned the hearing till January 2019.

Supreme Court is credited as the conscience keeper of the Constitution and it safeguards the fundamental rights and constitutional rights of the citizens. In the past few months, Supreme Court has transgressed its boundaries and has passed judgment encroaching the religious sentiments in the cases of Hindus on basis of immediate action required and urgency.

The judgment is undoubtedly a controversial one and goes against the majority’s belief. Freedom of religion is a principle that supports the freedom of an individual or community, in public or private, to manifest religion or belief in teaching, practice, worship, and observance without government influence or intervention. As the Supreme Court has held in a number of cases, such as The Commissioner, Hindu Religious Endowments vs Lakshmindra Swamiar, Jagannath Ramanuj Das vs State of Orissa and Sardar Saifuddin vs State of Bombay, the right to worship and modes of worship are protected under Article 25 of the Constitution.

The case here has also been held that the right to worship doesn’t extend to any and every place. But in Ismail Faruqui vs Union of India, while holding that a mosque was not an essential and integral part of the practice of Islam, the Court also held that if a particular place had a “particular significance for that religion”, access to that place for the purposes of worship would be protected under Article 25.

Beyond Ismail Faruqi, the Supreme Court has only considered this matter as a title dispute but has ignored the faith of majority Hindus as practising religion. The delay in the judgment will lead to the unnecessary politicization of the issue and will compel the Government to do something which will not be a watertight solution and tomorrow can create law and order issues in the country.

The ordinance route or bringing the legislation will be something which will go in contravention to the belief of the Judicial System thus leading three pillars of democracy on loggerheads with each other resulting again into an Emergency-like situation. This is going to be the tough testing times for the largest democracy in the world.

For the smooth and successful functioning of democracy, the smooth relation between three pillars is very important. Article 123 of the Indian Constitution grants power to the President to promulgate Ordinances during recess of Parliament. On basis of immediate action required, President can pass it but there are three grounds on which Ordinance can be reviewed;

The point 3 alone is a ground on which it can be challenged and thus again Supreme Court will be the deciding factor.

The onus of an ordinance is on the executive head of the State, in present times it will be easier to pass it but it can be challenged on constitutional propriety and in case the ordinance gets struck down in future, then it can lead to tremendous law and order problems in the country.

The secular fabric of this country can only be protected if justice is delivered soon on this issue. The lackadaisical attitude of the judiciary will only add problems as delay in the judgment clearly shows non-commitment of the judiciary on such grave issue.

The Supreme Court needs to realise that Indian Constitution is not only adopted from Universal Declaration of Human Rights and Bill of Rights but its own ethos and culture have also been great sources in enactment and adoption.

Thus, being the highest interpreter of the Constitution, Supreme Court shall take it upon itself to resolve the issue at the earliest as the justice delayed here is the biggest injustice caused and will further give political fodder and political playground to politicians.

Siddharth Acharya is an advocate practising in Supreme Court of India and National Company Law Tribunal. He is a lawyer by profession but a documentary film-maker and writer by passion. Siddharth has done some commendable documentary films on Jammu and Kashmir like The Abandoned Cranes on Kashmiri Pandits and Article 35 a and Unspoken Catastrophe on plight of West Pak refugees.