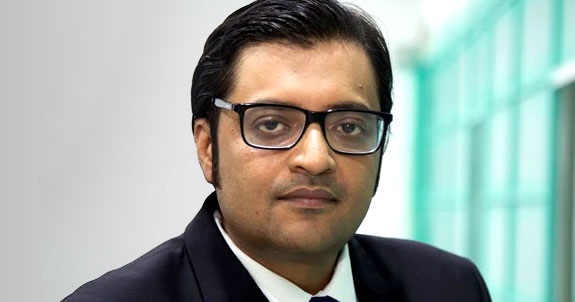 A video has been circulated on social media which claims that Chief Editor of Republic TV, Arnab Goswami, insulted the people of Kerala by calling them “the most shameless bunch of Indians I have ever seen”.

Arnab just called the suffering people of Kerala “the most shameless bunch of Indians I have ever seen”!! pic.twitter.com/UgErqqPyCj

The video has inspired many to troll Arnab Goswami ruthlessly on the social network. The video was picked by the Malayali newspaper ‘Mathrubhumi’ who published a report on the issue with the headline, “Arnab Goswami calls Keralites ‘shameless’; Malayalis hit back with trolls”.

However, when one watches the video closely, it becomes obvious that Arnab Goswami is not calling Keralites shameless but those people who spread the lie about the 700 crore rupees aid from UAE. It’s them that he is calling anti-nationals, shameless and paid agents in the video. But several ‘trolls’ who used the Kerala floods to fan regionalist sentiments on social media and fuel a North-South divide, carefully twisted Arnab’s words to paint him as abusing Keralites. It is also interesting that Mathrubhumi did not carry out a basic fact-check and took the words of trolls on social media for gospel truth.

In the same debate itself, Arnab Goswami praises Keralites profusely and empathizes with them over the misery they have had to suffer. He says, “When the people of Kerala have been so physically vulnerable, because Ranjeev, the people of Kerala have been so psychologically resilient, you know, and I come from Assam which has been a flood-ravaged state myself, and I can therefore empathise. The people of Kerala, psychologically resilient. They have shown how great they are as people, how strong they are, and I am only saying, at this point in time that somebody is using fake news to manipulate them. Manipulating people at the time of tragedy is cheap. I have proven it that this was happening and the Congress hand is all over it. In fact, I will tell you one thing, I find less of a left hand in this but I see a very strong Congress hand if you analyse the number of tweets here. Gunja, do you manipulate people? Do you play on their sentiments? Will the people of Kerala forgive this?”

Lie: Arnab Goswami insulted people of Kerala by calling them shameless.
Handle spreading falsehood: @Advaidism
Truth: “People of Kerala have been physically vulnerable and pyschologically resilient. They have shown how great they have been as people”. #KeralaFloods #Kerala pic.twitter.com/4S17HEOuWP

The video that was circulated to claim that Arnab Goswami insulted the people of Kerala was one where Goswami’s words were carefully taken out of context to accuse him of what communists from Kerala do on a daily basis, insult people on the basis of the state they come from. The lie about the flood aid from UAE has left communists deeply embarrassed as it was claimed by Chief Minister Pinarayi Vijayan himself. To deflect attention from their massive propaganda fail, Arnab Goswami is being targeted.

We have reported how the Kerala floods were used by a certain section of the political spectrum to fan separatist sentiments. The Flood aid lie was also used to accuse the Central government of being unsympathetic to Kerala and project foreign nations of being more generous towards the state North Indians. All of this appears to be a carefully constructed propaganda project to deflect attention from the man-made aspects of the flood as some experts have claimed and shift attention by blaming the central government, the state of Tamil Nadu and now a misinformation campaign against Arnab Goswami.