Apart from carrying out staged debates on NDTV, on Friday Delhi Chief Minister Arvind Kejriwal crossed all limits by spreading lies and fake news against Citizenship Amendment Act and NRC. 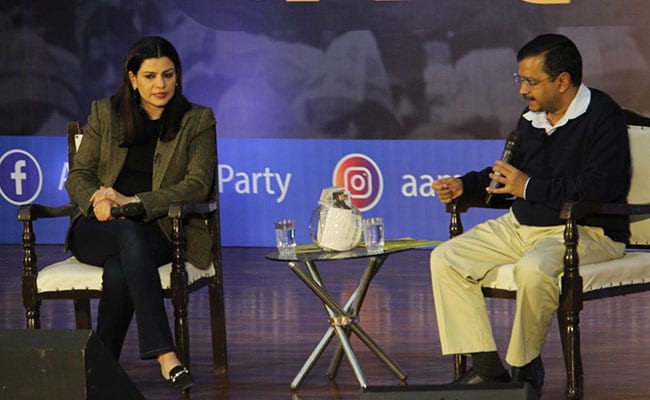 On Friday, Delhi Chief Minister Arvind Kejriwal made his appearance on controversial left-wing propaganda channel NDTV for a townhall meeting with Delhi citizens. The session included Delhi CM Kejriwal taking questions from the audience, who were supposed to be common citizens of Delhi. However, the whole event has turned out to be staged as some ‘citizens’ who were selected to ask questions to Kejriwal have been identified as Aam Aadmi party workers.

In a video posted by social media account named Political Kida, it can be seen that three people claiming to be ‘citizens’ expressed their opinion on the performance of the Aam Aadmi Party government in Delhi. However, these alleged ‘citizens’ who either praised Arvind Kejriwal or questioned him for Delhi government’s initiatives have turned to be active party workers of AAP.

This must be a biggest expose of @ArvindKejriwal & his fraud gang ? pic.twitter.com/c8TAuTozXR

A person who introduces himself as Abhishek Tiwary, hailing from Kondli Vidhan Sabha constituency, praises Delhi CM Kejriwal for AAP government’s initiative of installing CCTV and streetlights in Delhi. Tiwary narrates a story in which he claims that intoxicated men from his locality used to harass women. However, after the installation of CCTVs and streetlights in the locality by the Kejriwal government, the intoxicant men feel fearful about committing crimes leading to an increase in the safety for women.

However, it is now revealed that Abhishek Tiwari is an active worker of the Aam Aadmi Party and he had disguised himself as a commoner to praise Kejriwal during the NDTV show. Tiwary has himself posted several posts on Facebook supporting Arvind Kejriwal. Interestingly, he has even shared the videos of the NDTV townhall show on his Facebook timeline. 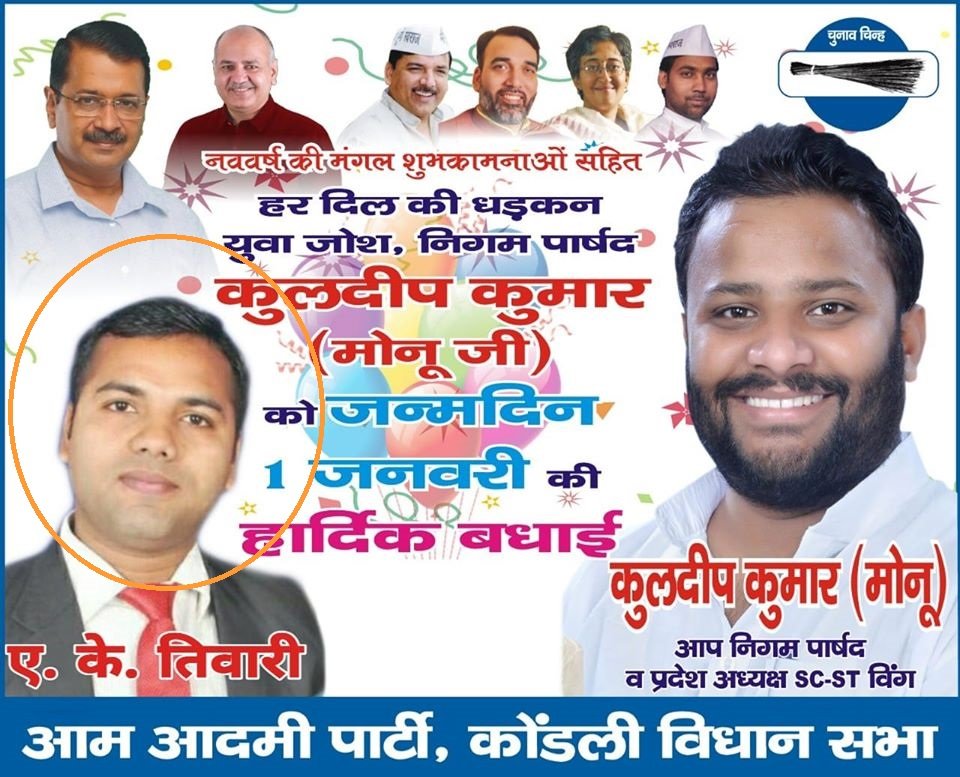 Another person named Lokesh Kaushik makes an appearance in the town hall show. Interestingly, NDTV news anchor Nidhi Razdan, who has a history of spreading fake news, picks up a random piece of paper to call out AAP worker Kaushik, who then gets an opportunity to ask a question to Delhi CM Arvind Kejriwal.

Yet again, it turns out to be that Kaushik is also an AAP worker from Patparganj area of New Delhi. Perhaps ‘neutral journalist’ Nidhi Razdan was not aware that the whole town hall event was a staged event in the presence of Aam Aadmi Party workers, who were sitting at the venue pretending to be a commoner.

Kejriwal taking fixed questions because random questions can confuse him & waste his precious time which he could have used in drinking & eating Samosas.

In another town hall event, a lady named Deepali Mehta shared another story in which she claimed that an elderly man, who was a beneficiary of Delhi government’s Mukhyamantri Tirth Yatra scheme, had made his son take an oath stating that he will be voting for Aam Aadmi Party in the upcoming elections.

According to a Facebook post of an AAP worker named Preeti Puri, Deepali Mehta is also an active member of the party, who has been busy campaigning for Arvind Kejriwal ahead of Delhi elections.

Apart from carrying out staged debates on NDTV, on Friday Delhi Chief Minister Arvind Kejriwal crossed all limits by spreading lies and fake news against Citizenship Amendment Act and NRC by claiming that every citizen, including Hindus, who do not have own and parent’s birth certificates will have to leave India after CAA is implemented.

The Delhi CM made this comment in a townhall session on NDTV moderated by Nidhi Razdan. Responding to NDTV anchor Nidhi Razdan, who had asked Kejriwal to clarify his stand on the issue, Delhi CM indulged in fear-mongering by spreading false information on CAA, which grants citizenship to persecuted minorities belonging to neighbouring countries rather than taking away citizenship of any individual of the country.

Interestingly, Arvind Kejriwal also took out a poll of people in the audience, who were mostly AAP workers, by asking how many have their own and parent’s birth certificates issued by the government. The poll perhaps staged, turned out to be a success for Kejriwal as only 15-20 people out of the many, raised their hands saying they possessed birth documents.

To which Kejriwal said, “Out of around 1000 people sitting here, only 15-20 people have raised their hands, rest all will have to go away from the country”, he said. Nidhi Razdan ably contributed to this fearmongering by adding “whether they are Hindu or Muslim”, which was promptly agreed by Kejriwal.

While Arvind Kejriwal was uttering these lies on CAA, instead of countering him, the moderator Nidhi Razdan instead chose to contribute to his fearmongering.