If Randal himself thought the BBC was akin to the flat earth society, the ones calling the earth round are bound to be denigrated as 'fake news purveyors', innit? 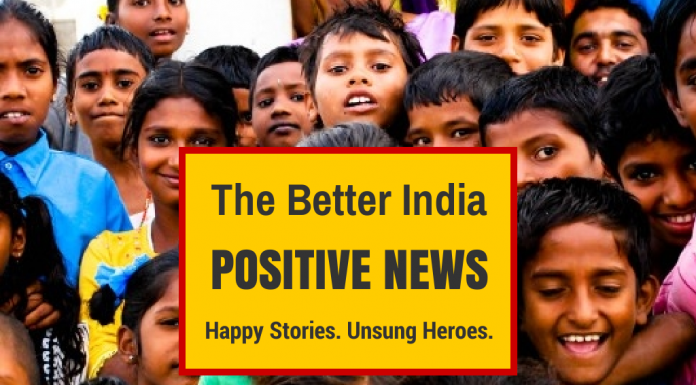 A few days ago, BBC published a research paper on ‘fake news’ that created quite the brouhaha. The research was shoddily done and had several loopholes. From methodology, to sample selection, lack of reliable sources, selectivity and the list is just endless. We did a comprehensive rebuttal of their research here, called out the lies that were peddled by one of their prime sources and spoke about the lack of primary research here and debunked their methodology here.

BBC’s functionaries had tried tooth and nail to defend their research and now, once the three articles are out, there seems to be an eerie silence. One of them had even committed that their research team would draft a full response and that hasn’t happened yet.

However, in private emails, it seems like BBC is beginning to acknowledge its follies. Early morning on 17th November, the founder of TheBetterIndia.com, Dhimant Parekh took to Twitter to publish publicly, BBC acknowledging their error in adding their name to the list of pro-Modi fake news purveyors.

In its recent report on fake news @BBC falsely accused @thebetterindia of spreading fake news. We wrote to them and here is their response, confirming their mistake. Citing ‘human error’ reflects a very shoddy job. We demand a public apology for maligning us. @Trushar @BBCIndia pic.twitter.com/gxgu0pweh3

The Better India primarily publishes reports about whatever good is happening in India, especially in the rural India. Perhaps any good news about rural development under Modi government is by default considered ‘fake news’ by the BBC and their biased sources, as was proven by the fact that BBC included a real news about benefits of the bankruptcy law by Modi government as fake news. Not to mention the fact that they thought that the Hindi word diwalia (bankruptcy) means something related to the festival Diwali.

BBC cited ‘human error’ for adding The Better India to its list of fake news purveyors. Dhimant took to Twitter to mentioned that this reflects poorly on BBC and that they had done a shoddy job in their research. He also demanded a public apology for maligning them.

Dhimant is not wrong. BBC’s functionaries have gone hammer and tongs in public trying to defend their research. They have repeatedly asserted that the lists were collated through sophisticated algorithms and they conducted extensive research. They have stood by their report through the tumultuous 3 days. They should admit the errors in public too and admit that what they did was a shoddy job.

This incident has not only proved the shoddy work by the BBC, but also raises question on their conduct. The starkest shenanigan of the BBC report was that it categorically stated that even handles/portals with “at least one fake news” were added. By that standard, they should have added themselves as well, as we have elucidated before. In fact, we have also written about, in details, how they should have added the very sources that they depended upon to collate these ‘fake news’ lists.

Their definition of Fake News as well was extremely problematic. They have kept no space for journalistic error or reportage of evolving stories that change as and when new information surfaces. They have also made no space for retractions.

The Better India is just one of the examples of how this shoddy research has maligned several people and publications, including OpIndia.com and veteran journalist R Jagannathan and Swati Goel Sharma of the Swarajyamag.com.

Perhaps in the urge to publish a highly skewed political narrative, BBC has chosen to throw caution, diligence and integrity to the wind. However, brick by brick, the facade of credibility is beginning to come undone.

“It’s a bit like walking into a Sunday meeting of the Flat Earth Society. As they discuss great issues of the day, they discuss them from the point of view that the earth is flat.

“If someone says, ‘No, no, no, the earth is round!’, they think this person is an extremist. That’s what it’s like for someone with my right-of-centre views working inside the BBC.”

If Randal himself thought the BBC was akin to the flat earth society, the ones calling the earth round are bound to be denigrated as ‘fake news purveyors’, innit?