OpIndia
Home Editor's picks Congress regime vs the Modi era: Here is how your Tax liability has changed
Government and PolicyOpinions

Congress regime vs the Modi era: Here is how your Tax liability has changed

There was a profound meaning behind FM Piyush Goyal saying “Thank you, taxpayers”. It was the government’s commitment towards the Middle Class he was pointing out! 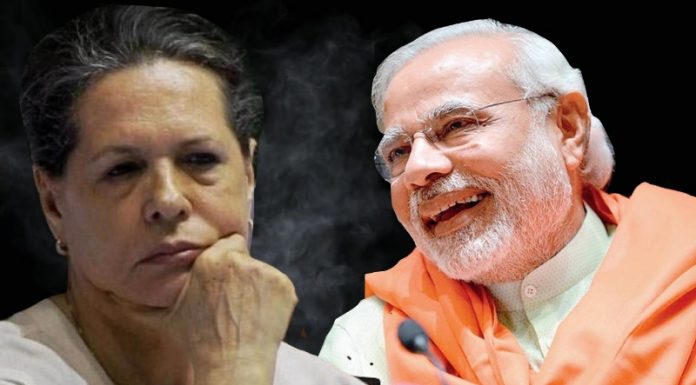 Since the start of organized political structures in history, taxation has played an important role in the maintenance of empires and later on, entire nations. Since the start of modern times, there has always been a debate on the optimum level of tax burden on the people. In a nation like India where we have an unequal distribution of tax burden, the tax rates have been always under discussion. Being the driver of consumption and wealth generation in an economy, the middle class expected their tax burden to reduce. It is in this background, the Budget of 2019 is important.

Since 2014, specific actions of Narendra Modi led government have resulted in creating the ground for tax relief for the middle class. Firstly, tax collections have increased manifold. The direct tax collections have increased from 6.38 lakh crore in 2013-14 to almost 12 lakh crore this year coupled with good GST collections averaging to Rs 97,100 crores per month, giving the necessary fiscal space for the government to reduce the tax burden on the middle class.

Secondly, the steps like Demonetization have increased formalization in Indian economy leading to widening of the tax base. The number of tax returns filed has increased from 3.79 crores to 6.85 crores showing 80% growth in the tax base. More the base, better is the tax spread.

Thirdly, inflation has moderated in the last 5 years. Prior to 2014, inflation touched 10% while it is 2% in December 2018. Inflation is itself a tax that decreases the value of money without any real increase in absolute income. Having all the necessary conditions in place, the Modi government reduced the tax burden on the middle class, salaried earners, senior citizens and pensioners.

Although the current budget announced a tax rebate for individual taxpayers with taxable income less than Rs 5 lakhs, it is not that tax burden was reduced all of a sudden. A series of announcements since 2014-15 till the Budget 2019 have ensured more money in the pockets of the middle class which were not present in 2013-14, benefitting especially the middle class.

Thus, any individual taxpayer having annual income up to Rs 8 lakh can utilize various deductions and bring the taxable income below Rs 5 lakhs and end up paying no income tax.

Middle Class is inadvertently connected to aspirations of buying a dream home. FM Piyush Goel, in his Budget 2019 speech rightly noted, the middle class most often maintains two or more houses due to jobs, education of children, etc. Till now, income tax was payable on notional rent if one has more than one self-occupied house. The current budget exempted the second self-occupied house from income tax on notional rent.

Encouraging the habit of saving

PM Modi pushed for the Jan Dhan Yojana to ensure marginal people inculcate the habit of saving. Most of the small savers are non-working spouses. But the tax rules ensured that if interest earned on such savings be more than Rs 10000, TDS was deducted. The current budget increased it to Rs 40000. This will ensure more savings in the hands of small depositors.

The actions of the Modi government are not limited to merely giving tax exemption to the middle class or others. The lives of the middle class have been eased by multiple other steps. Till 2014, high inflation meant the interest rates on Home Loans and Education Loans were very high. Moderate inflation in last 5 years meant the interest rates on loans have reduced, which means lesser EMI and monthly instalments. Implementation of GST reduced logistics cost and cascading taxes. This gets reflected in lower costs of consumer goods. Mobile data rates are at their lowest which resulted in mobile data consumption increasing 50 times in the last 5 years. All these steps essentially mean more money in the pockets of the middle class.

Moreover, when we analyse the trends in taxation since independence, most would be shocked to know that in 1973-74, there were 11 slabs with rates varying from 10% to 97.5%!  It is in this background we find that the 6 budgets of the Narendra Modi government have ensured increased savings for the middle class, perfectly balancing the fiscal compulsions of the government.

There was a profound meaning behind FM Piyush Goyal saying “Thank you, taxpayers” in his Budget 2019 speech. It was the government’s commitment towards the Middle Class he was pointing out!

Ashutosh Kulkarni is a New Delhi based public policy analyst. He tweets @PrachinVaani.