Rana Ayyub, who is an Islamist masquerading as a journalist had also called the Uttar Pradesh "Islamophobes" when they had taken action against the rioting mobs. It was almost as if she was saying that just because the rioters were Muslims, they should be allowed to riot on the streets of Uttar Pradesh. 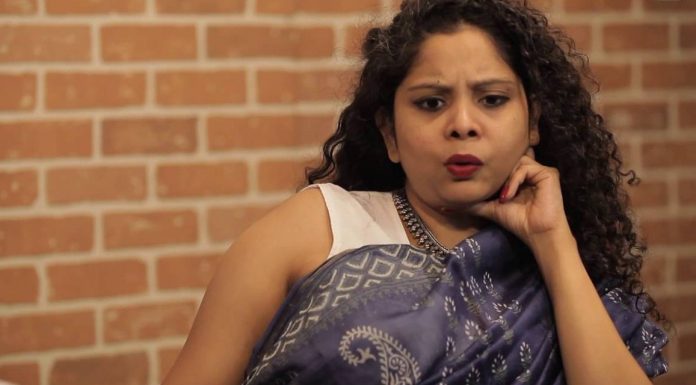 Rana Ayyub, the Islamist troll masquerading as a journalist, on Thursday followed her comrades in the media to give a clean chit to Muslim mobs and Islamists who unleashed massive violence in the country, by stating that Muslims protested ‘peacefully’ against the majoritarian policies of Modi government.

Speaking at a news show, Rana Ayyub continued her usual antics to propagate outright lies regarding the anti-CAA riots that have been unleashed by Muslim mobs in the country. In an attempt to whitewash the crimes of her fellow Muslim brethren, Ayyub went on to make hysterical claims stating that PM Modi has driven Muslims of this country to a wall, to which the Muslims of the country have reacted by breaking their silence.

“Mr. Modi has driven Muslims of this country to the wall,” @RanaAyyub says of the mass protests in India, where 27 have been killed and more than 1,000 arrested. “I think they have chosen now to break the silence because Mr. Modi is seeking to delegitimize their existence.” pic.twitter.com/nBOYoDfvMh

Rana Ayyub also claimed that PM Modi was seeking to delegitimise the existence of Muslims by treating them as second class Muslims. Further, Ayyub indulging in fearmongering said the country was moving towards brazen consolidation of Hindus, which is an attempt towards making India a Hindu nation.

She then went on to make fake claims by stating that the Muslims who were opposing the Modi government was passive for the last six years, however, with Modi government taking decisive decisions on abrogation of Article 370 and passing of Citizenship Amendment Act have now made Muslims come out on streets to protest “peacefully” against the government.

In the talk show, Ayyub also held PM Modi responsible for Supreme Court’s Ayodhya verdict, which according to Ayyub is a majoritarian decision which has pushed Muslims of the country to the wall.

Rana Ayyub said that Muslims are out on the streets openly expressing their religious identity to protest against Modi government’s decision. Interestingly, Rana Ayyub too agreed that the recent ‘protests’ taken out by Muslim mobs were ‘religious’ in nature.

However, Rana Ayyub’s claims that ‘protest’ march taken out by the Muslim mobs across the country against the CAA were ‘peaceful’ is an outright lie. In fact, the anti-CAA riots in which extreme violence and vandalism were recorded across the country have been instigated mostly by Muslim mobs.

Here is a list of violence perpetrated by Muslims across the country during the anti-CAA protests:

The communal riots by Muslim mobs started in West Bengal after the weekly Friday prayers engulfed the whole state with the active support of Mamata Banerjee led state government. The Muslim mobs unleashed violence across the state by burning public infrastructure like Railway stations, buses, toll plaza and destroyed crores worth of tax-payers money to ‘protest’ against the CAA.

The Muslim mobs had also gone on a rampage in West Bengal’s Howrah district. They had resorted to extreme violence by blocking tracks at the Uluberia railway station. The Muslim mobs had vandalised the complex and some trains by resorting to stone pelting, injuring a driver, officials said. The violence affected train services in Sealdah division of the Eastern Railway.

In Kolkata, Muslim mobs had disrupted traffic for hours at Park Circus and also assembled in large numbers in the city to protest against the Citizenship Amendment Act.

After West Bengal, the protests spread to different parts of the country, especially to Delhi. In Delhi, the ‘protests’ which began in controversial Jamia Millia Islamia University soon took a violent turn after Muslim mobs inside the campus burnt down buses, pelted stones at the police officials injuring several policemen.

In Uttar Pradesh’s Firozabad violent mobs targetted police officials during the anti-Citizenship Amendment Act protest. A police post was also damaged and three vehicles were torched by an unruly mob, following which the police used tear gas to control the situation. Similarly, a violent mob attacked the police personnel in Hapur, Uttar Pradesh.

In a similar incident, security personnel had to baton charge violent rioters at Amroha and Bahraich in Uttar Pradesh. The situation in Kanpur also turned violent after protesters went unruly in the city. The violent Muslim mobs chased a police jeep and ransacked the public property.

In Sambhal, a stronghold of Samajwadi Party, the Muslim mobs had unleashed large-scale riots during against the Citizenship Amendment Act and torched four buses of UPSRTC and six police vehicles. The Muslim mobs had also hurled stones at security personnel and media persons.

CCTV footage from Meerut, Uttar Pradesh had emerged in which it was seen two men firing at cops during the protests in Meerut. In one of the videos, a masked man in a blue jacket is seen walking around with a gun. The police officials had even recovered 500 cartridges of prohibited bores from places where violence broke out across the state.

Videos of CCTV footage had emerged from Mangaluru where it can be seen that the Muslim rioters had adjusted various CCTV cameras in the region to prevent them from recording their hooliganism. The video not only exhibited that the anti-CAA protests carried out by Muslims were marked with violence and were far from being peaceful but also showed that the plotters of these protests carefully planned and schemed to shape them into riots.

In the aftermath of the passage of the Citizenship Amendment Act, riots, violence, arson and vandalism by Muslim mobs in the name of ‘protests’ against the enactment of the law have taken place across the country.

However, Islamists like Rana Ayyub have been constantly attacking Modi government and have unwarrantedly villainized them for carrying out historical corrections, which is otherwise being supported by the majority of the country’s population. With so many evidence, it is clearly established that the protests by Muslim mobs were not peaceful as claimed by Rana Ayyub but it was meticulously planned to unleash massive violence on state machinery to discredit reforms of the Modi government.

With these rampant riots by Muslim mobs, one can only guess what Rana Ayyub’s motivations are to lie blatantly. Rana Ayyub, who is an Islamist masquerading as a journalist had also called the Uttar Pradesh “Islamophobes” when they had taken action against the rioting mobs. It was almost as if she was saying that just because the rioters were Muslims, they should be allowed to riot on the streets of Uttar Pradesh.

Rana Ayyub, who has a long-standing agenda against Narendra Modi, was also humiliated by the Court when it threw her “investigative” book on the Gujarat riots out. The court had said that her book was based on conjectures and surmises only proving that Ayyub’s relationship with the truth is complicated, to say the least, while her bond with radical Islamism seems all-pervasive.